The van was loaded for the return to England before breakfast. The bikes that had been stored in the underground hotel carpark overnight were packed in the van along with everyone's luggage, 4 bikes were left for the roof of my car. After breakfast Tom and Elizabeth set off on the van for England, The riders were booked on a mid mornings Eurostar from Paris whilst myself, Lyn and Louis planned to take a late afternoon ferry. We left the hotel around 9:30. The car was driven out of the underground carpark and bikes secured to the roof. We decided to break the journey in Amiens to give Lyn and Louise a chance to see the city. Getting out of Paris was slow and took about 40 minutes longer than Kate predicted. We arrived in Amiens just before midday. We eventually found some on street parking.. Most of the carparks in the centre were underground and had a height restriction. We had time for a quick walk to the cathedral and down to the river before finding some where for lunch. 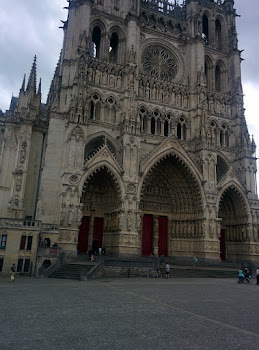 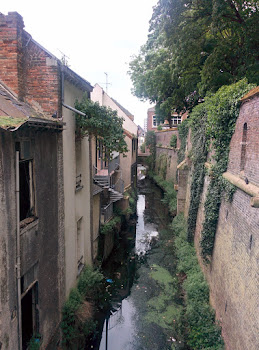 The restaurant's by the river were very popular and as we needed to set off for Calais by 15:00 we opted for La Dent Creuse next to the cathedral which looked good but was less popular. 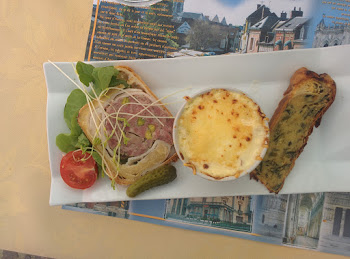 . We all decided on the set menu and by hurrying the desert's and the bill were able to set of for Calais by 3:00pm. We had time to refuel before driving to the port. It was a short delay to clear customs and get our ticket and were in the birding queue 20 minutes before boarding commenced. The crossing and journey home was uneventful.