A look back to the Commonwealth Games

Following the pandemic, we tentatively booked a few tickets to the Commonwealth Games to take advantage of them being on home soil once again. We secured all the tickets we asked for over consecutive days, and therefore could travel to the area and stay. They were Beach Volleyball (a new event for us), swimming (we have applied for this before but have never been successful), lawn bowls (we watched this in Glasgow 2014 and it was very pleasant, also it is out of the main city at Leamington Spa) and men’s gymnastics (again an event we have previously had no success in gaining tickets for).

We booked an Airbnb in Bourneheath near Bromsgrove which was a suitable distance from both Birmingham and Royal Leamington Spa. This turned out to be excellent accommodation, with very friendly hosts. We arrived from two parts of the country and enjoyed a cup of tea in the back area of the little one bedroomed cottage, situated behind the house of the hosts. 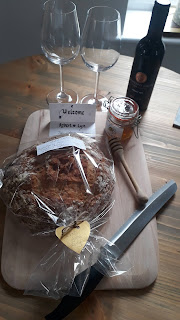 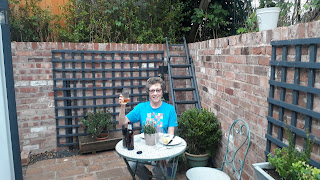 Homemade sourdough loaf and a bottle of local wine greeted us, together with many other little treats and basics such as a little milk, butter and honey. The cottage is well equipped for cooking and even has a small dishwasher and a washer/dryer. It would be a good base for cycling or walking in the area.

There is a lovely view of the main garden from the eating area Saturday 30 th July. Our first event was beach volleyball and actually turned out to be more interesting than Lyn was expecting! The festival area itself was not too interesting, but has decent, if expensive food. However, we only bought very expensive coffee in the area as we had just eaten a tasty lunch in Wagamama. We were disappointed with the merchandise stall as the clothes looked a bit dull. We saw two whole men’s matches, with one in particular between South Africa and Ruwanda that was good, with Ruwanda winning to the delight of the crowd. We only had time to see the start of the women’s match before needing to head off to the swimming. 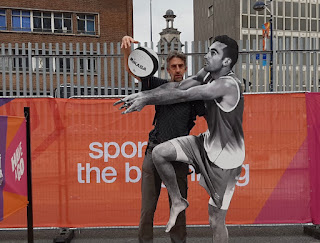 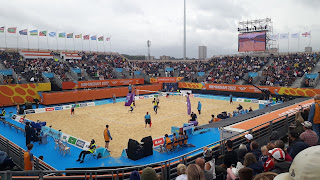 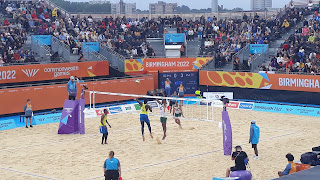 We arrived in the car park at 5.30pm so only had to pay 40p to park the car for the evening (free after 6pm). As we were early, we decided to take advantage of one of the local takeaways and devoured a vegetable pizza between us in the car. It was a decent walk to the Sandwell Aquatics Centre and mainly up hill – although we later discovered that we could miss out part of this. We managed to escape the entrance queue as Lyn was using her wheelchair due to the long walking distances and we were ushered through the ‘accessible entrance’. 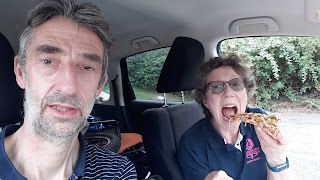 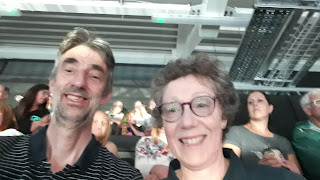 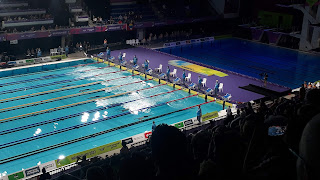 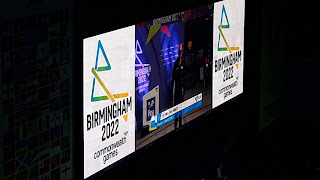 This venue proved to be the worst for access to facilities as there were just too many people and not enough space. Once inside the swimming centre it was okay – but as we were seated right in the middle of the row, we didn’t move for the next few hours. The swimming was interesting, as were the medal ceremonies! Plenty of standing was necessary for national anthems. The walk to the car seemed a lot faster on the way back, but we got back to the cottage quite late so made do with beans on toastfor supper!

Sunday 31 st July. We were thankful that we didn’t have to have an early start today, due to our late night on Saturday. We headed to Royal Leamington Spa, parked in a multi storey car park and went to The Aviary café in Jepson Park. Delicious wholemeal vegetable pasties were eaten, washed down with coffee. A short walk took us to the Lawn Bowls area which turned out to be the nicest venue due to it’s size, the fact it was grassy, and the laid back atmosphere. 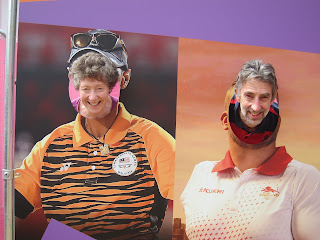 There were two sessions and we watched matches that included England, Jersey, Scotland and Wales in the first session. In the second session we watched matches involving visually impaired players. On the way back to the cottage, we bought a Chinese takeaway to eat for our evening meal. 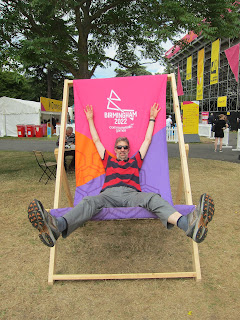 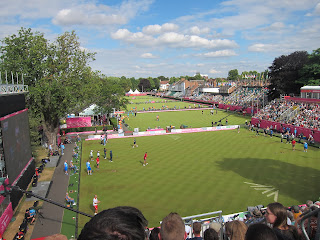 Monday 1 st August. Time to leave our accommodation and set off to the final event – the gymnastics in Birmingham Arena. We took one car and left Lyn’s on the drive of the accommodation. We had time to have lunch in a Mexican restaurant by the canal which was not the best, and ended up being a bit rushed. Once in the venue, we were treated to a variety of final events. The men’s floor, men’s rings and pummel horse. Also, two women’s events, the vault and the uneven bars. 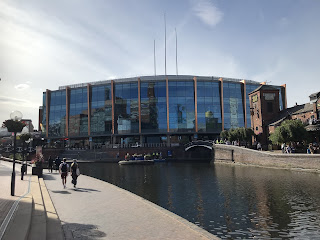 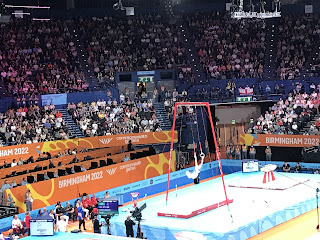 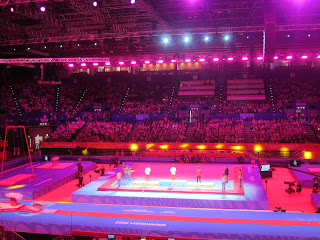 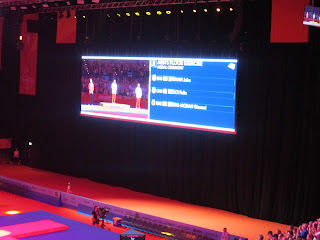 Quite interesting and entertaining, with yet more medal ceremonies. It took us a while to leave the city, but once back in Bourneheath we collected Lyn’s car and reconvened at a local pub for our tea prior to both returning home in different directions. All in all, a good weekend and worth the effort.

Posted by BrextonT at 20:57 No comments: