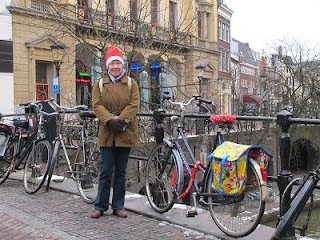 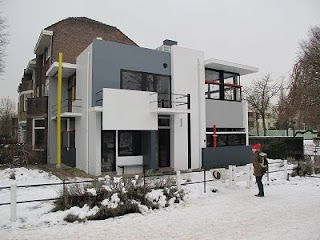 Woken up at 6.30 (5.30 UK time ) to be informed that breakfast was now being served. We had ours an hour later in the cabin, still an hour before we disembarked. Drove to Utrecht an explored the old part of the town. Car parking is mainly multi story car parks in the centre so we had to park just out from the centre. Had pea and ham soup for lunch. Visited the Rietveld Schroderhuis in the afternoon. The house is now Unesco listed and is an example of De Stijl movement, however the guide book was wrong and it was closed on a Tuesday. Drove to the hotel for a swim and time in the sauna instead.
Posted by BrextonT at 22:18