We awoke to a temperature of around 14 degrees and a forecast of rain. The breakfast made a good start to the day and was worth the additional 9 euros. Robert avoided man trap that had been carefully laid outside the room and attempted to show the receptionist a picture so she could appreciate the danger.
The drive to Matouges was around 1 and 40 minutes hours so rather than do a bike ride from Chaource we decide to set up and visit the Decathlon in Troyes en route. The choice of cycling tops proved disappointing but Lyn did manage to buy a bargain pair of cycling glasses and a bag to store our table tennis balls in.
It was then onto Matouges first stopping at the Hyper market to stock up peaches , green gauges and other French produce. The weather had improved. The temperature increased and the threatened rain did not materialise so when we arrived at the hotel it was time for a quick ride along the Canal Du Marne before dinner. Lyn picked up a puncture, the first on the bike after around 2500 miles of cycling. Fortunately she had brought her mechanic on holiday with her. The Swable Marthon Pro tyres are very good and mine have never punctured but they are not totally puncher proof. The diner was excellent again. Althought ours was a set meal they told us what it was going to be and allowed us to change the Calf’s liver for Guini fowl. My only criticism would be the lack of vegetable’s but then we are in France. To accompany the meal we started with a coup de Champagne and then spotted an offer of a coupe de Champagne and a glass of red, a white wine and coffee which we decided to share. 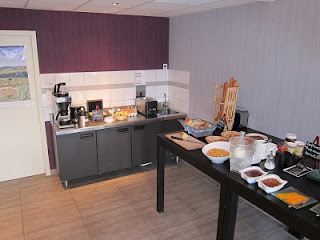 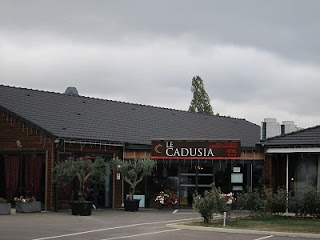 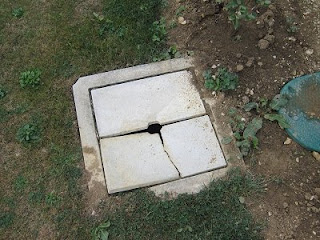 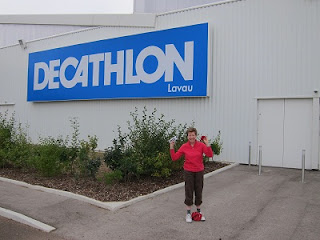 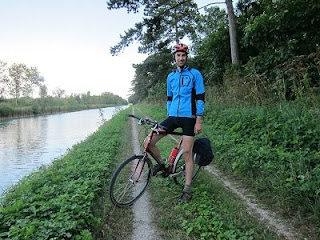 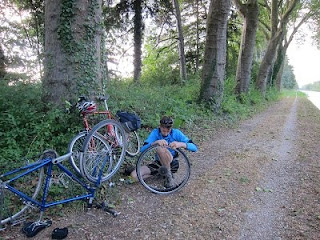