A Tour of Rutland Water

A charity bistro evening at work and the offer of free bed and breakfast was enough to entice Lyn and Louse to Lincolnshire for the weekend. Louise does not do hills so what could be flatter than cycling around a reservoir. At least that's what I told her! 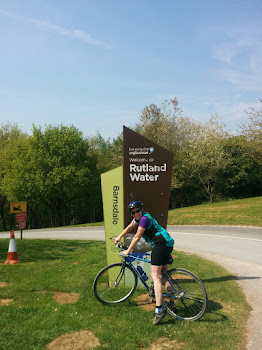 We parked in the car park at Normanton. £6.00 for the day, but less if you stay for less than 3 hours and cycled in a clockwise direction. 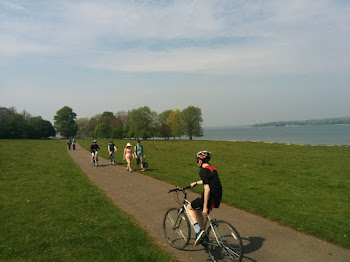 The route is 17 miles or 23 if you include the peninsula and apart from a couple of short section on a cycle path on a road the route is traffic free. 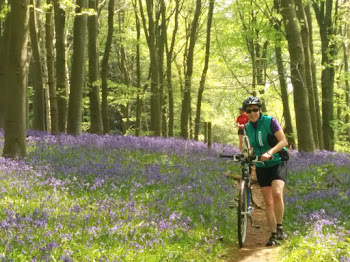 We made our way past Normanton church and over the dam then on past Whitwell and then Barnsdale. We were not ready for lunch when we passed the cafe at Barnsdale. However by the time we reached the peninsula it was past lunch time and we were hungry. The Finches Arms is just off the route after a detour up the hill to the village of Hambleton. For some reason its position on the map of the ride is wrong. Unfortunately we we not the only ones who thought that having lunch in a pub and a sunny day with good views across the reservoir would be a good idea. It was so busy they did not even have a waiting list for a table. Lyn and I had to be content with a bag of crisps and a portion of nuts whilst Louise selected a scone which came with a portion of jam that was bigger than the scone. Perhaps that was how they justified the £3.50 price . 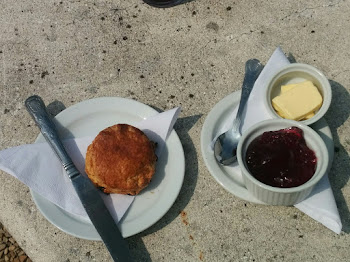 After "lunch" the sugar rush powered Louise around the peninsula and it's small hills and and then onto Egleton and its Egleton and its Norman church. We stopped to admire the iron age farmstead just outside the village and then St Edmonds church. 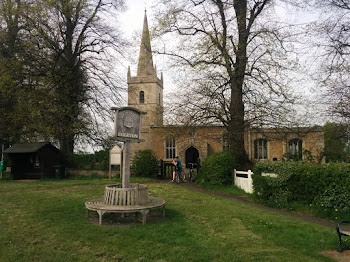 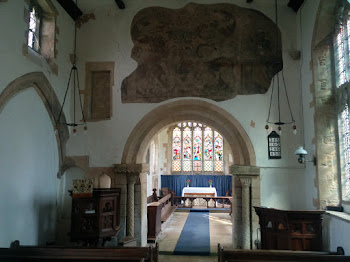 The Anglia Water Birdwatching Centre had a small selection of sandwiches but Louise needed another sugar rush so had an ice cream whist Lyn and I shared a chocolate bar not wanting to spoil our tea. The path moves away from the reservoir around Manton bay and included a few small hills. It returns to the reservoir shore after a short section on the road and we then returned to the start after passing the sailing club.

A trip of around 24 miles including detours.