9th April A day in the Mountains.

A good forecast and no wind so we decided it was time for a ride in the mountains. Starting from the appartment we took the back roads to Campanet and the on to Calmari. Had a coffee in  bar in preparation for the climb up the Coll de sa Batalla. We had done the climb with Martin in 2011 so we did not have the excuse to stop for photos. Lyn made it to the top without stopping. At the top R took the opportunity to take a 12 mile detour to Sa Calobra. 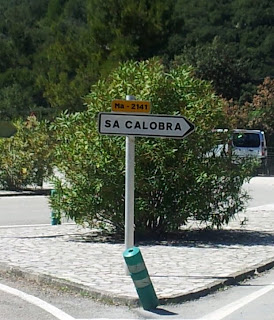 The descent to the port offers some fantastic views of the swishbacks but starts with a short climb unexpected climb. A long descent with the only problem being you have to climb back up once you reach the port. 9.5km at an average gradient of 7%. A good climb. Passed a lot of cyclists climbing up as I made my way down but most had aleady set off before I started back and I only passed 3 cyclists on the climb. L waited at Lluc where she had coffee, lunch and took advantage of the good weather and a good book. R's 25 mile detour took about 2 hours 40 minutes including stopping to take photos on the descent and having a snack at the bottom. The climb to the top took around 55 minutes. From Lluc we continued to Pollensa. A small amount of climbing and a long descent to Pollensa. A well deserved ice cream in the square and then the back roads back to Port de Pollensa. A round trip of 65 miles via Sa Calobra and 40 miles if you proceed directly to Lluc. The milometer recorded the journey as 53 miles! So around 12 miles must have been completed at over 20mph! 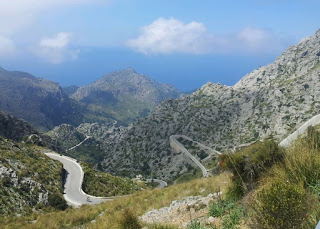 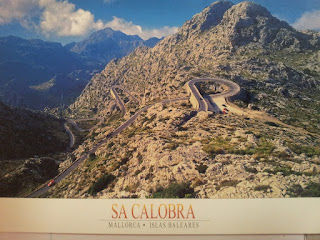