France day 1 = Drive to the Loire

France day 1 - Drive to the Loire

Lyn and Louise arrived in Boune just after 5:00 pm. The car was packed and after an excellent Indian takeaway it was time to leave for Ashford. The journey was uneventful until the Dartford crossing. The M20 was closed so we diverted onto the A2 only to join a mile long queue. The A2 turned out to be shut and the signpost diversion finished after one sign when we finally made if off. After several trips round a roundabout we diverted via Gravesend ignoring Kates advice, arriving at the Travelodge around midnight over an hour later than planned.,

We left at 7:45 the next morning for the 20 minute drive to Le Shuttle. The good new was they moved us to an earlier shuttle. The bad news was the queue and delay getting though French customs meant we arrived in time to catch our planned departure.

By 11:00 French time we were heading toward Rohen. We opted to avoid Paris and instead take the Peage toward Rohen then Le Mans and then heading towards Tours. A Brexton lunch stop was taken at the Baie de Somme. We purchased sandwiches from the services. Masks were worn but as we we not eating in our pass Sanitaire was not required.

When had stopped their on previous trips and were disappointed to find access to the viewing platform was shut this year.

We stopped in Aldi Marche in Langeais and stocked up with provisions. The excitement  of the automatic pizza self-service machine in Aldi’s carpark was saved for another day.

After a long day we arrived in Brehemont at around 19:15.

On arrival met by Norma and shown round the gite. She had been raised in Newcastle but although still a UK citizen had lived in France for over 40 years,

Our accommodation is excellent a newly converted Gite a few Km from Brehemont on the Loire.

Kebabs were cooked on the outside grill plate whilst potatoes and ratatouille was prepared in the kitchen. We sat at the table outside to eat and enjoyed a distant view if the Chateau and our complementary bottle of wine 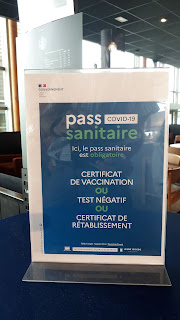 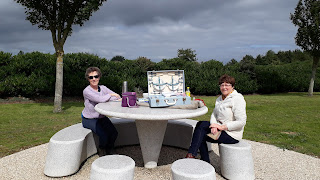 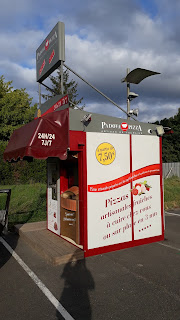 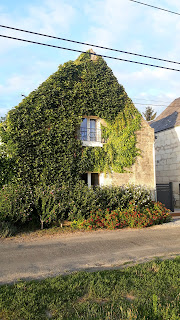 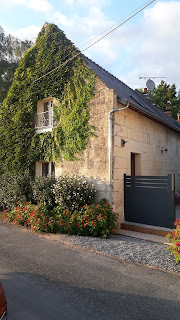 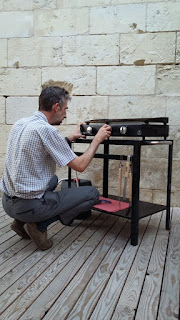