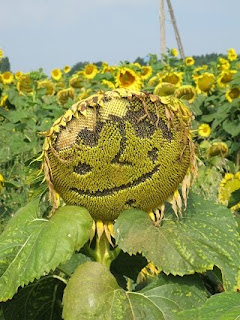 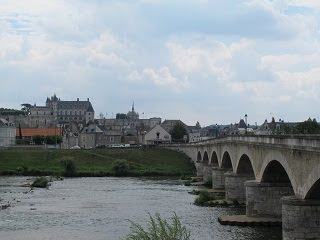 Breakfast was standard French fare, coffee, bread,croissants,pain au chocolat homemade jam, ham and cheese but we would have like an additional piece of baguette. The rain had stopped so we decided to cycle a section of the Loire a Velo towards Tours. The route was well signed posted even though it was still provisional.It ran away from the river along minor roads and specially constructed cyle tracks though fields and vinyards. We followed the route for around 12 miles to Montlouis-sur-Loire before we had to head back. If we had longer we would have like to complete the section to Tours. The section we missed would had run directly alongside the Loire. We only got lost once when the signposts disappeared. We joined the route again and on our return journey found where we had gone wrong. The signpost had pointed to what look like a private drive and we had assumed it was pointing up the road.
We left Amboise just before 2.00pm and arrive in Sorges at 6.30. Stopping for provisions and a late lunch. We ignored Google maps and found the Auderge de la Truffe in Sorges and not 3 miles away as Google maps had suggested.
Posted by BrextonT at 19:03