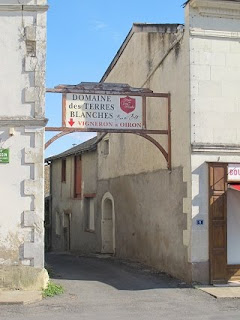 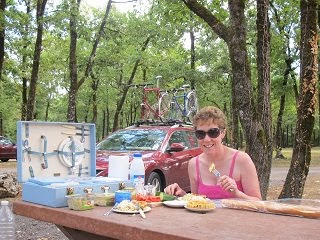 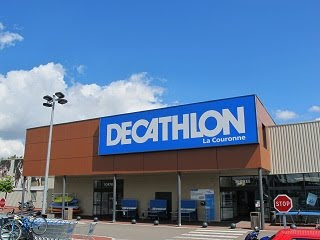 Google maps said it would take about four and a half hours to get to Samuar. We ignored the route which would have gone by the motorway from Bordeaux and went accross country. The first stop was just outside St Emilion at a large cooperative for some more wine tasting. The next stop was at the Decathlon in Angouleme the 3rd of the holiday. Cycling trousers fom the clearance rail and clear glasses purchased. Then it was a picnic lunch before heading to Oiron. Lady Grey had remembered a rather nice peppery wine we had tried several years before and wanted a 'degustation' from the producer. We arrived just after 5.00 having stopped in a second Decathlon. Our guide book said the cave was open until 7.00pm but it was shut and there was no answer from the phone. Managed to buy several bottles from a local supermarket, but will it taste the same?

Spotted a third Decathlon on entering Saumur but no bargains to be gained here.

The hotel in Saumur, Hotel Du Park, turned out to be modern comfortable but lacking some of the charm of an older building. We had time for a quick bike ride before dinner in the hotel. Planning to do some of the 'Loire a Velo' today.
Posted by BrextonT at 06:58