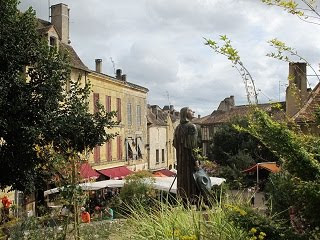 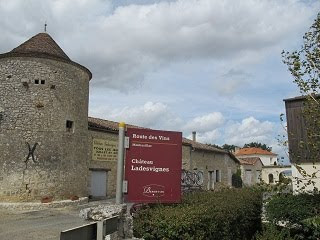 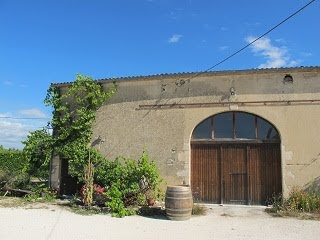 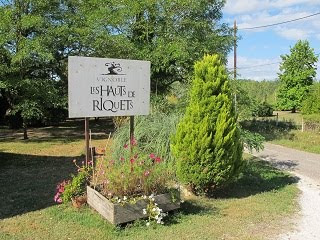 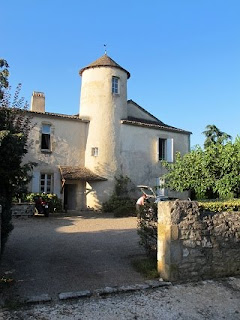 The hotel turned out to we run by a friendly English couple which explained the perfect English we were greeted with on arrival. You must be “Mr T”. The room turned out to be is a little disappointing and did not quite live up to the reviews. Perhaps we were expecting too much. We ate in the restaurant. Then food was good but there was no choice on the set price menus.
Breakfast was the standard French fare. After breakfast we decided to go wine tasting. The owner Steve, suggested going to a local Duras vineyard and arranged a tour for 10.30. We had tried the wine the previous evening. The tour turned out to be a tasting. We preferred the cheaper whites and thought the red were a little disappointing. After purchasing a few bottles we headed into Duras. Another tasting at the Maison de Vin and then a quick tour of the town.
We the headed to a small village of Pomport just outside Bergerac to purchase some Chateaux Ladevignes we had in the Auberge de la Truffe earlier in the holiday. After that we had planned to do some canoeing on the Dordogne. However strong winds meant that the trip had been canceled for the day so instead it was into Bergerac for a tour round the historic centre.
We are eat in the hotel again. The meal was good and we opted for a menu with a couple of glasses of wine included. The whole area was suffering from a power cut. The restaurant was lit by candles and the chef managed to produce an improvised menu. Fortunately power was restored partway thought the meal.
Driving to Saumur on the Loire today.
Posted by BrextonT at 06:40