Left in rain.An uneventful journey to Dover stopping at the Waitrose at the Stanstead services for provisions. Arrived in good time for once)for the ferry to find it running 40 minutes late. The Brexton set was used for coffee and lunch on board. Left Calais aroung 3.30 and got staight on the Motorway ariving at around 7.00pm. Tried to stop at our first Decathalon but nearly end up getting the car trapped!! We could get into the car park but could not get out without going thought a height restricted barrier. We left having not found Decathalon and headed straight to the hotel.

Dined in the hotel 28 euro's + drinks. Not sure we were going to get a table as the chef said it was full and had to do a lot of consulting. There appeared to be a spare table all evenning so not sure what the fuss was about. 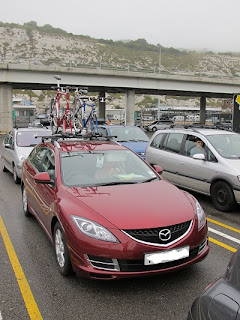 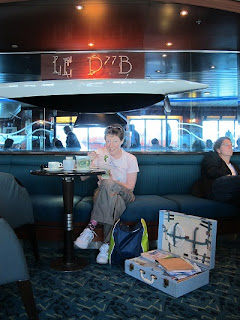