The forecast for Saturday was correct and the evening rain and clouds was replaced by a clear blue sky. There were a couple of options for our last ride of the holiday and Lyn decided on the ride to Lluc via Caimari and to return by descending down to Pollenca.

To get to Calmari we took the back roads to the golf course and continued onto Campanet. The short assent past the golf course was enough to finish the ride of some Irish riders for the day . We had visited Bony's bar the previous evening but did not have the excuse of too many Guinness's . We continued on to Campanet. Robert lead the charge of s group of cyclists up the hill whilst Lyn continued at a more sensible pace. We reached Calmari via Binibona. We decided as our legs had warmed up not to stop for a coffee. The new cyclist cafe on the main road out of the village looked inviting. Perhaps we will stop on our next trip. The climbs around 7.8
km with an average gradient of around 5%. Robert pushed on to the top and whilst Lyn continued at her steady pace. The climb took Robert just under 31 minutes 30 seconds and Lyn arrived in just over 50 minutes and 12 seconds. We do not us Strava and did not race up the climb .The the fastest attempt is around 17 minutes which puts our pace on context .we ignored the busy cafe at the top of the climb but instead we had lunch in the CanGallet restaurant . 500 metres further on just after the turn off for Lluc. The spaghetti bolognese was tasty and we each enjoyed a generous portion.
The road drops past the monastery at Lluc and we just off onto a minor track before the last short assent of the Col De Fermemia. We climbed for a short way though the woods passing an old lime kiln. 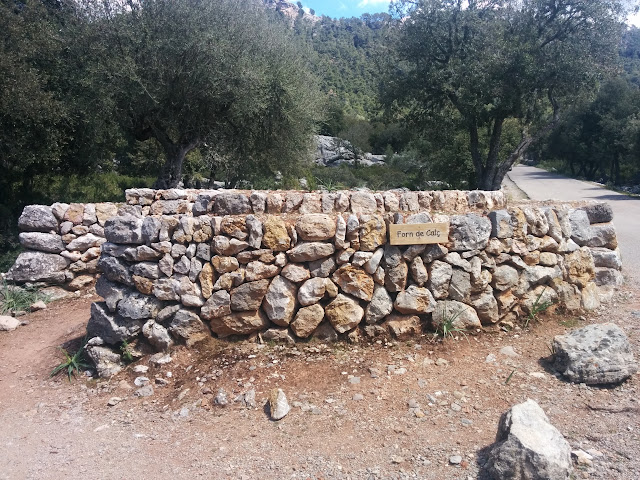 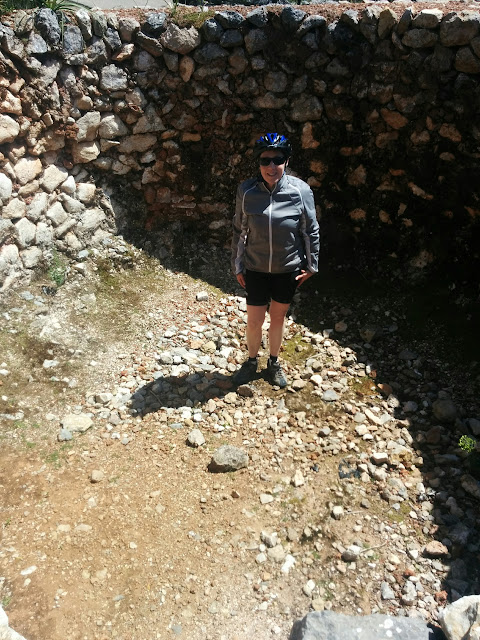 We could have continued on the track to Pollenca as it is part of the GR221 route. However a 2 miles of the descent is unpaved. Perhaps a route to attempt with Martin on our next trip.

After Col De Fermemia it all down hill to Pollenca. We stopped a couple of times
to photograph the view. 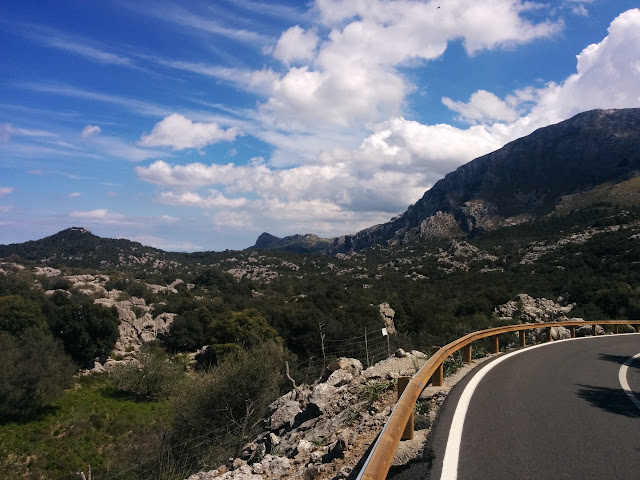 An ice cream in the main square was a welcome treat. We returned to the apartment via the back roads.
The bikes were packed in their boxes and cases packed ready for Sunday's flight home. I cannot believe 2 weeks are over. We cycled every day. It only rained on 2 days and we avoided getting wet.

We had a pizza for tea in the local Pizzeria and watched the sun set over the bay. 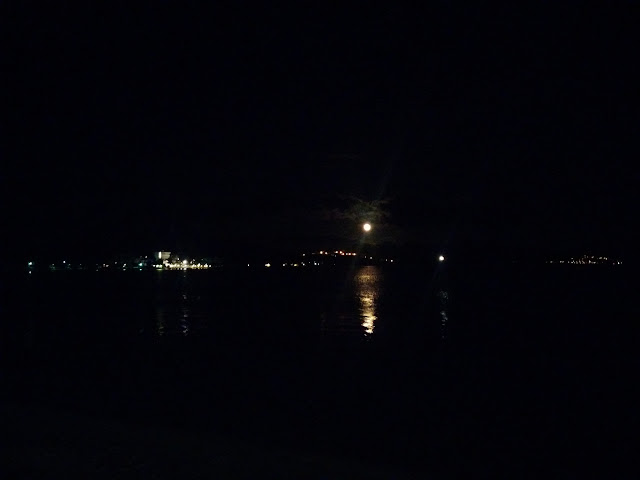