The other end of the track

The other end of the track

It took about 1 hour to drive to the stsrt at Algaida via some narrow minor roads from Sencelles. Fortunately there was not a lot of traffic and we did not have to reverse to find a passing spot. The aim of today's ride was to locate the other end of the road we had mistakenly taken from Llucmsjor yesterday. I checked Google maps before setting off and thought I had located where it came out on the road between Monturi and Randa. From Algaida we headed first to Pina and cycled up to the church. 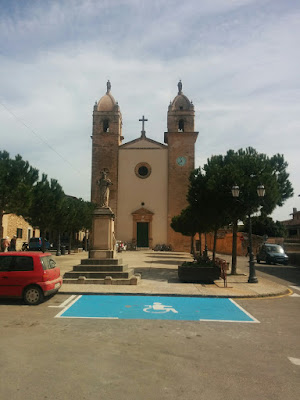 It was then onto Monturi and this time we took the second path after we crossed the main road on the bridge. A pair of emus were spotted and then a snake basking in the sun. 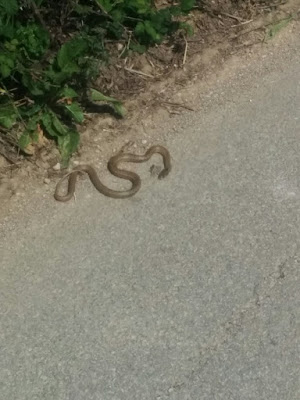 It was then onto Porres. We arrived at lunch and eat again in Bar Sa Plaga. It was busy so we had to sit inside. 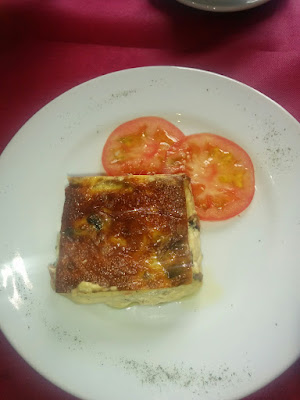 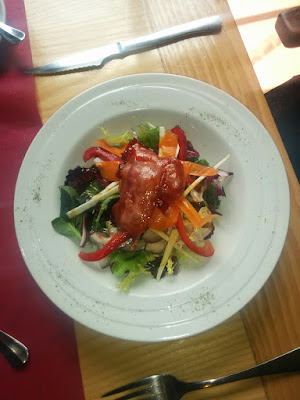 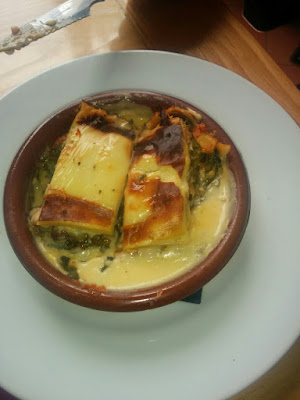 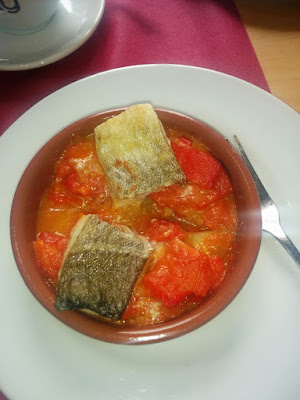 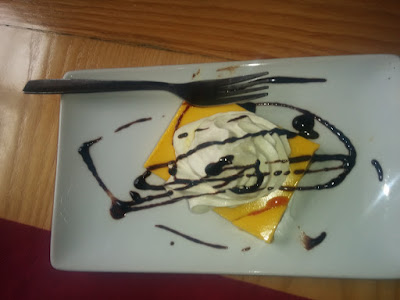 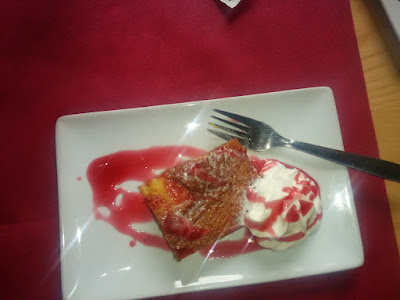 Refreshed we retraced our tracks towards Monturi but instead of turning off continued to the MA 5017.where we turned towards Randa. The turning was about another 100 yards on the left hand side After cycling further up the hill we decided the stone track was the correct turn. 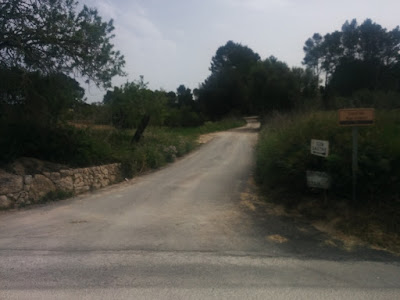 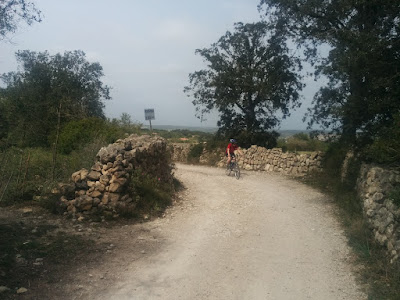 Lyn reluctantly followed for 2 miles convinced we would have to turn around. The track looked to be too far away from the mountain however eventually after a couple of choices where the road split the surface became tarmac and we recognised yesterday's incorrect route. After 3 miles we were at the cross with the turn for the Cura but we continued to Llucmsjor. 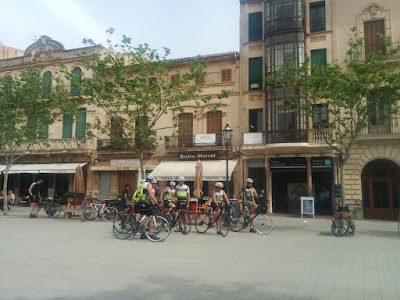 We were too full for an ice cream so shared a chocolate biscuit. After a tour of town and it's narrow streets and one way system we located the road to Algaida .
We made the mistake of following the signs for the centre which after s lot of twists and turns though narrow streets disappear so we had the long way back to the van.