The forecast turned out to be correct and we awoke to light rain. We checked several forecasts. All were different so we decided to to with the one that said it would clear up by mid morning. Whilst Martin and Sue went off walking we took the van to book a restaurant for the evening then cycled from the apartment, taking the back roads to Pollenca. Our most expense coffee of the holiday was enjoyed in a cafe the main square with a cake from the cafes next door patisserie. 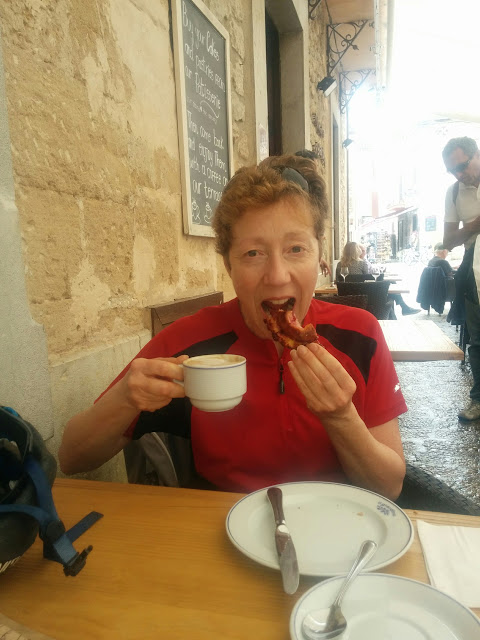 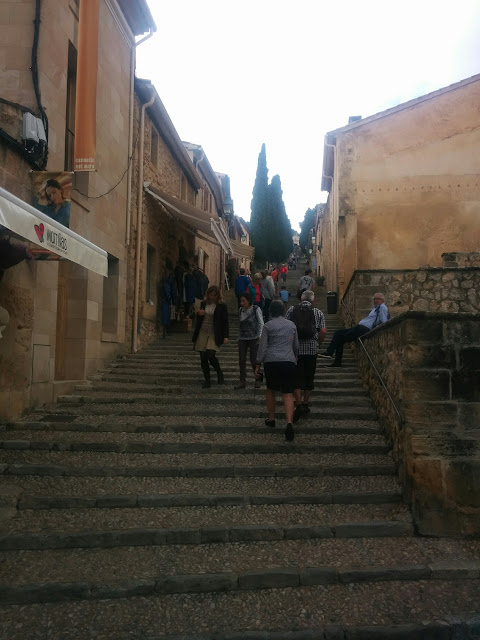 The then continued to Alcudia turning off on the back roads via the golf course. The clouds threatened rain but fortunately it did not materialise. 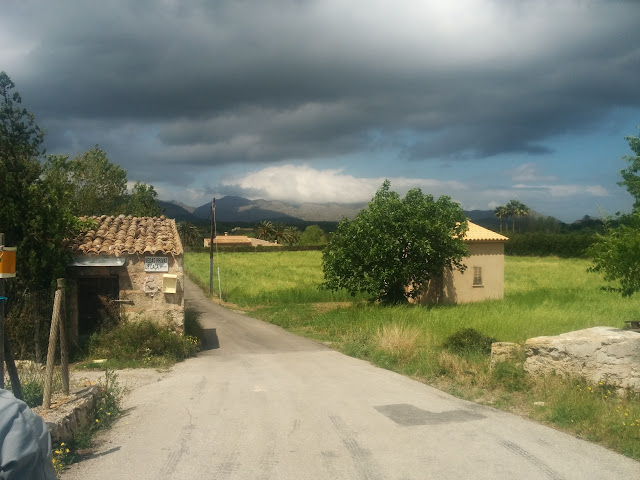 We tried a different route on some roads that were not on my new enlarged map. The first minor road with was unmade in sections and took to the main road. It was too busy to cycle on so at our second attempt we joined the back road from Port De Pollenca to Alcudia.
The had a quick tour of the old town and then cycled down to the Port. In the end we decided against a tapas for lunch and bought some cheese rolls and tomatoes from from Lidl. A late lunch was had sitting on a seat on the beach. 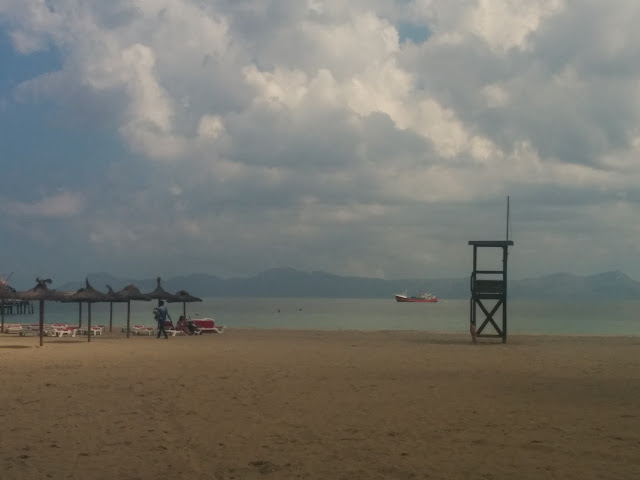 We then continued past the port and old power station to Alcanada and the light house island of Illa d'Alcanada. 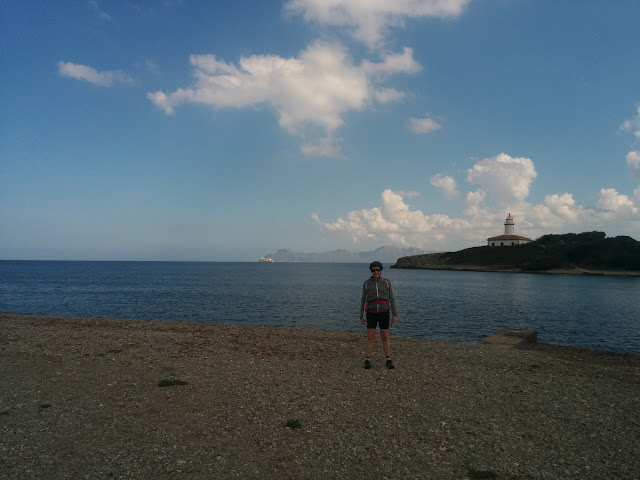 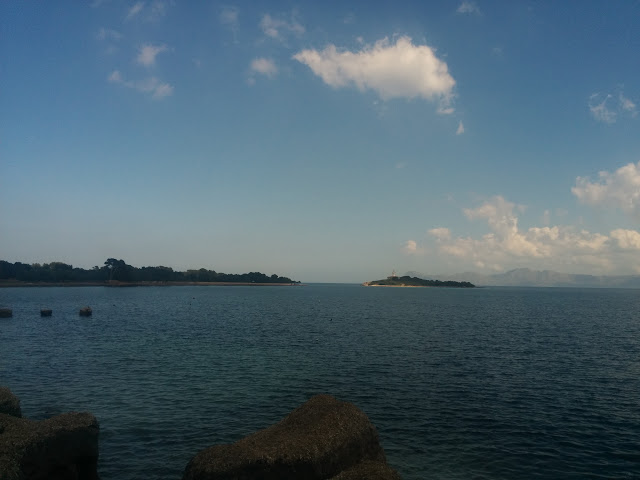 The sun came out before we left Alcanada, sleeves and outer tops were removed and suncream applied. We joined a steady stream of cyclists on the back roads to Port de Pollenca.