Sunday - A tour from Porreres

The weather forecast had a low probability of rain on the afternoon. The temperature was around 17 degrees when we set off and after a little debate decided jackets were not required and just wore a gillets.

We had thought of cycling to Sa Rapita to have lunch in a bar we had visited on a previous trip. Rather than cycle directly there I planned a circular route taking some minor tracks roads to Felianix and the going on to Campos. Our first attempt to avoid the centre of Falanix failed when we came to a private road . However we took the next road that was not shown on map or Garmin and that joined the road we had wanted to take. We then continued to Campos. 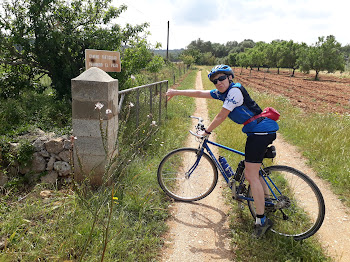 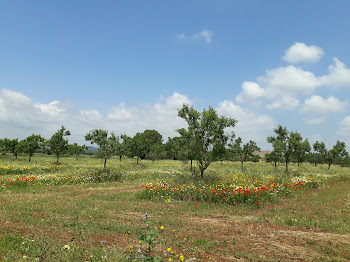 On reaching the town we realised that if we got to Sa Rapita we would not have time for lunch so decided to stop in Campos instead. After a comprehensive tour round the centre and it's one way system we finally selected one of the first places we had cycled past. We each had a crepe but passed on a desert not wanting to have 2 ice creams in one day. 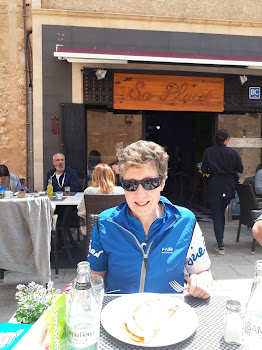 We then continued to Luc Major. Rather than taking the main road to Montuiri we then took a minor road to the south of hill of Randa. 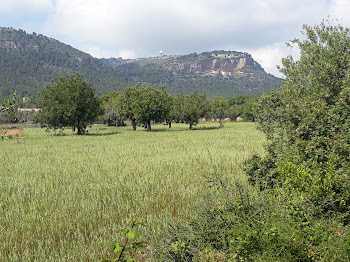 We had done the climb to the top previously but it was not on today's route. We had cycled the Cami in the opposite direction in 2016 when with the aid of Google maps we established that the road did continue and eventually joined main road to Montuiri . The majority of the surface was tarmaced but the last 2.5 miles were on a stoney track, the majority of which wad downhill, and had the occasional flooded section to negotiate. 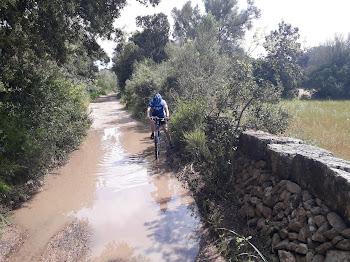 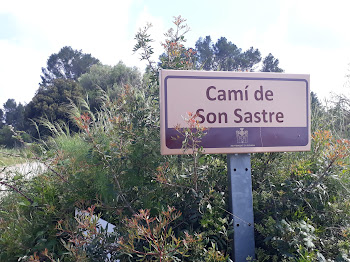 On joining the main road we turned off it after a few hundred metres and took the minor track to Porreres. 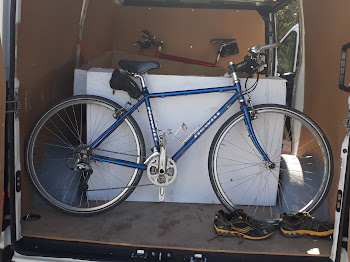 We eat in the Bodegas. We sat at a long table that would have comfortable seated sixteen people and were joined by 2 German couples. The menu was assorted tapas . They were tasty but served a little too quickly. We were pleased to discover a bottle red wine was included in the price. This made the 24 euro per person excellent value. 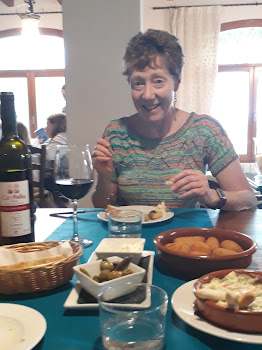 We somehow managed to get an extra portion alioli and bread. Must have looked hungry after all the cycling.

Desert was an Ice Cream Sunday turned into a piece chocolate and nut cake before it was served. The finishing touch was a glass of the Bodegas home made Grapas served cold. We returned to our room and listened to the frog chorus from the balcony before retiring to bed.