Wednesday A Ride From the Start of the Danube


As Robert has got behind due to lack of Wifi in some hotels, I am doing a little writing to try to catch up whilst he is climbing the Col du Galibier. Well actually he has reached the top so I had better hurry up as it will not take him so long to get down! On this day – Wednesday, we had our first ride along the Danube from it’s source in Donauschingen. As we saw the source last night, we cycled from our Pension, down hill via some bike paths we found on route and by-passed visiting the source again until later. Quite a nice ride, with a few other people, some of whom were touring. Unfortunately we had to return to our Pension, so could only do 30 miles and then return back. We therefore only managed about 25 miles of the river as it was 5 miles back up hill from Donauschingen to our Pension. We turned back at Mohringen, but would have preferred to continue on. We visited the confluence of two rivers – the Breg and the Brigach which forms the start of the Danube – see statue. Then re-visited the spring to see it in daylight. Had a little difficulty finding the correct route back to the Pension via bike paths, but eventually we determined we were on the right route when I remembered sufficient German to ask an elder biker the way to Hubertshofen.
In the evening we ate again at Hotel Lindenhof in Braulingen and ate our way through the 4 course summer menu – on reflection we could have missed out the soup course! A German man joined us at our table and as he could speak some good English, we managed quite a long conversation with him. 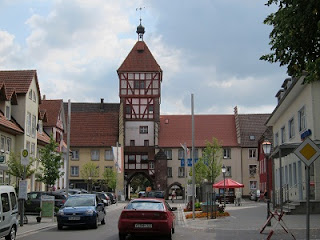 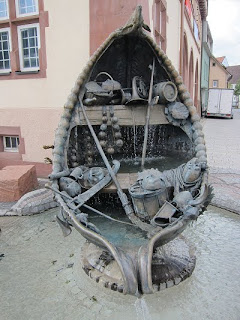 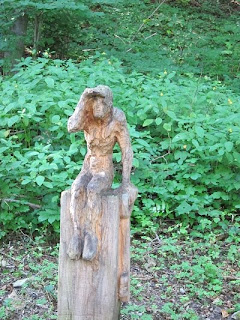 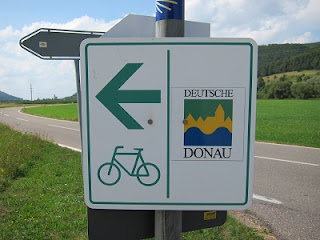 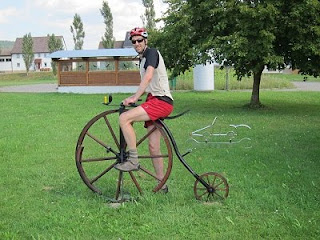 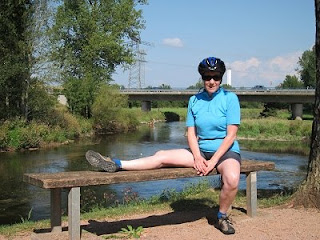 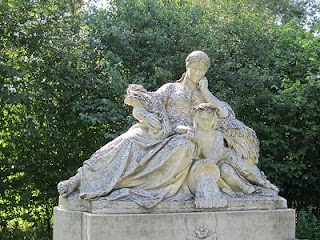 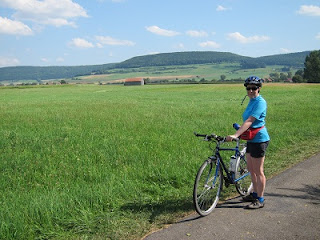 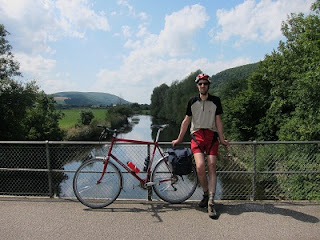