A ride along Velo Vert

The start of the velo vert was 7 km from Le Plants. It runs north from Chanillac to Barbezieux St-Hilaire for 21.5km and south for 15km to Clerac. We drove to the start and headed north to Bardezieux. The route was mainly though countryside and was very quiet. We passed a a few dog walkers and several cyclists past going in the other direction. After a quick ride round Barbezieux we purchased some filled rolls and tarts for lunch and headed back along the Velo vert. We stopped at a bench on the outskirts of s village for lunch. We found later it was usually used by the locals who had to sit on the grass until we finished. We then continued to the outskirts of Clerac before retracing out steps.The information boards detailed the local flora and fauna slowed our progress. The area had been key to Frances domination of the turpentine market until demand for the product fell in the cities.

We returned to the B&B in time for a dip in the pool. Another tasty evening meal followed. 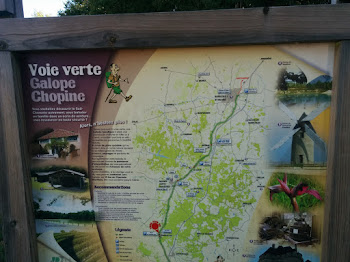 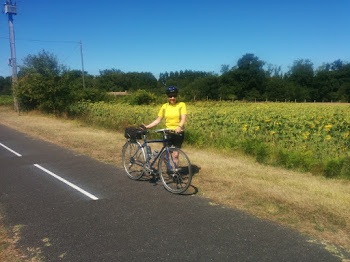 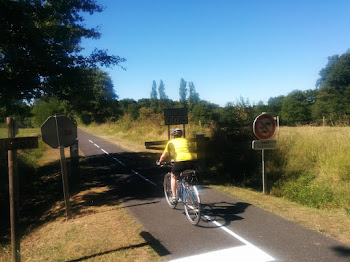