It had rained in the night but this has stopped before breakfast however low cloud look like it would spoil today's ride. After breakfast we cycled the short distance round the Lake to Louderville to visit the supermarket. Our best French was practised when we rode past our accommodation owners uncle and wife. By 11:30 the low cloud had started to clear and after an early lunch we were off. 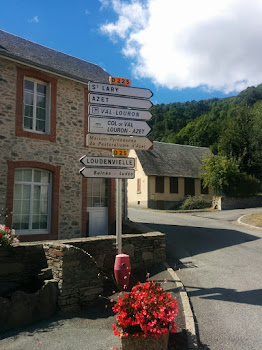 The climbs 7.4 km at an average gradient of 8.3 %. We slowly climbed above the village with breaks in the trees providing the occasion view of the village and lake below. The best photo opportunity was just before the road splits for the ski station a couple of km from the top. We did not stop intending to take pictures on the descent. After a little unlady like language we were finally inside the last km and improvised markings on the road counted down the final few hundred metres to the top. The summit was reached after about an hour of climbing. 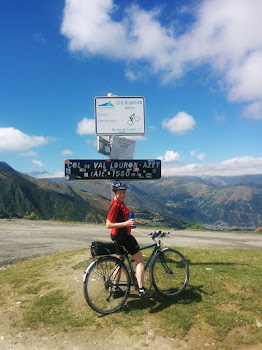 Rather than descend back to Genos we changed our plan and instead descended towards Sa Lary Soulan . 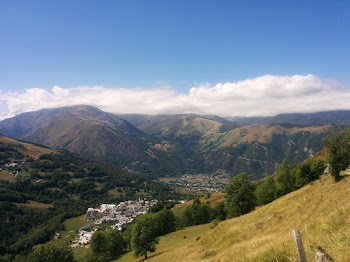 We turned off just before the valley bottom onto the D25 a minor road that hugged the valley side. The continuation to Grecian provided an unexpected climb much to Lyn's displeasure. The alternative route would have stayed on the valley bottom. We continued the ascent to Lancon and after a
short break started the rapid descent to Borderes Louron. 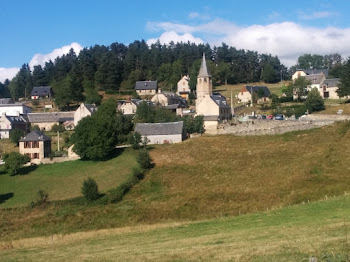 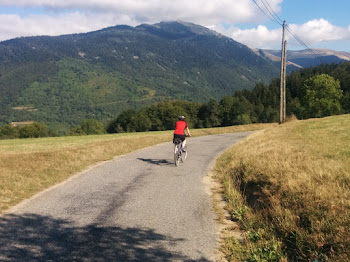 We then had the final 6 miles along the main road back to Genos. The first few miles were mostly downhill but the turn off to Genos provided some unwelcome undulations. We arrived back just after 6:00pm a round trip of 25 miles with lots of ascent.