We made a better choice from the 12 euro menu last evening, salad and fish being safer options. 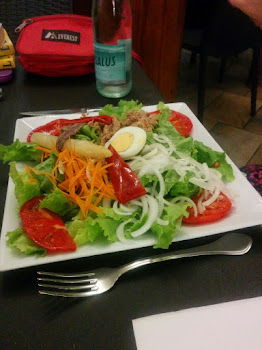 We started the day with an earlier alarm than usual. By 8:00am the majority of the packing had been carried to the car and we were having breakfast. We had checked out and were on our way to Andoain a 50 minute drive away by 9:30. Kate directed us to the town centre and local signs then provided direction to the park near the start of the bike ride. 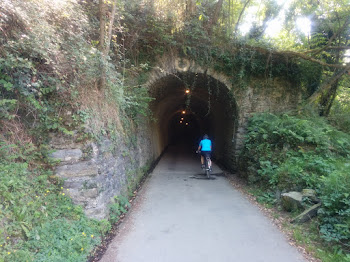 We were into our first tunnel before 10:45. The path is around 50 km in length but we on cycled the first 25 km to Leitza. The whole route includes 41 tunnels and we have in counting the number we went though. 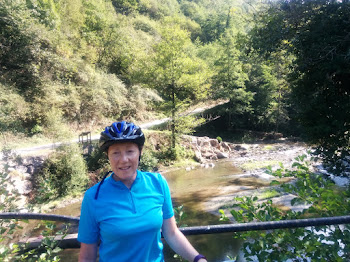 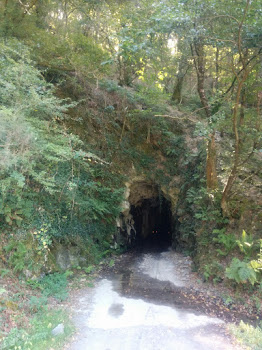 The route followed the route of the old railway line and slowly climbed up the Leitzaran valley, the first few km were on on concrete or tarmac but the majority of the path was compacted stone. Most of the tunnels were lit but lights were required for a couple of the longer tunnels.
You should not get lost following an old railway line but signpost along a section of road when the path looked like it continued straight on caused some dought. We followed the road and later checked with google maps and by stopping and asking a friendly Spain couple . Leitza after about 25 km of cycling was a short descent from the route and offered the only chance to get refreshments. 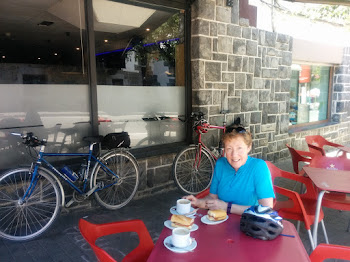 After lunch once we climbed back to the path apart from one short ascend it was downhill all the way to the car. 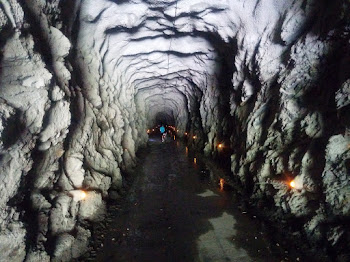 It was faster to returned but Lyn found the track a little rough for such s long section. 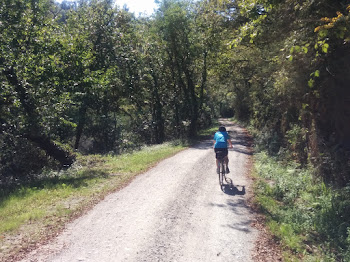 We were back at the car by 16:45 ready for the 2 hour drive to Abalos a small village in the Rioja region. We have checked in an our looking forward to our evening meal. Time for a shower.