A comprehensive breakfast was delivered to he room on a tray. We made a good attempt but it was too much to finish. We packed the car and asked if we could leave the car while we went off cycling for the day. We followed the Dutch “knooppunten “ a junction route network again. I had planned a rough route from a map in the room. We headed in a northerly direction crossing the De Lek by passenger ferry. This time 1.2 euro tariff per person was for a more significant crossing. We were the only two passengers on the ferry as it took us to the other side. We cycled alongside the river for a short way before heading north again. The planned route was going to take us on a cycle path alongside a busy road so we diverted on a minor road towards the city of Nieuwegein. The route was towards and then by a large TV transmitter. The cycle track skirted the outside of the city before heading out into open countryside on a metaled track though fields, We stopped for lunch in Montfoort. Eating in a café in the old town hall, Het Oude Stadhuis. We sat outside in the sun , this time by choice as we had the lock and key with us. A large rabbit with a load hailer summoned the local children for an Easter egg hunt and managed to gather quiet a large crowd. Eggs had been secreted all-round the village but the hunt only stated on the rabbit’s command. We returned via the same ferry crossing, The original plan was to cross the De Lek at Schoonhoven, but the route had already been extended and were we not going to be back at the car to set off by 3:00pm. There were some spots of rain before we got back to the car but not enough to warrant putting on waterproofs. We then drove to IJsselstein. a pretty village we had cycled thought in the morning to buy some presents and beer before heading for the ferry. We were on board the ferry by 7:30. We had prebooked a 3-course dinner in the restaurant. The ferry did not sail until 10:00 so our upgraded window seat gave us a view of the port roadway and building. The starter was disappointing with the scallops being too undercooked for are taste. Not a patch on Martin’s scallops with black pudding. The next 2 courses were a marked improvement with the cod being nicely cooked. The ferry was not busy and the bars we empty and closing before 23:00 (UK time)midnight. We had an uneventful crossing and were woken at 5:30 to be told breakfast was being served. We ignored the call and a coffee fruit and cereal in the cabin. The last call for breakfast was 6:15 and they called us down to the car desk at 6:22 so you would have had to have eaten quickly! 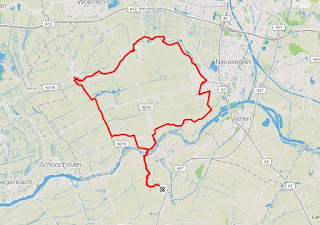 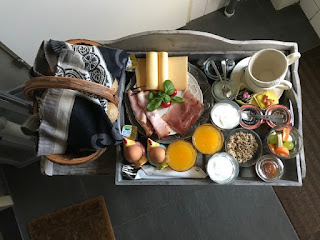 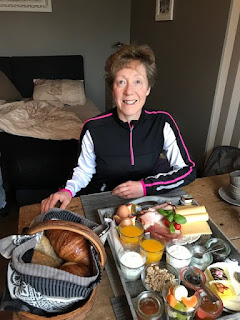 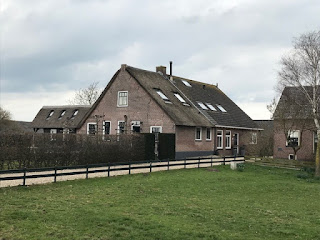 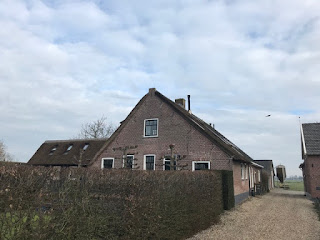 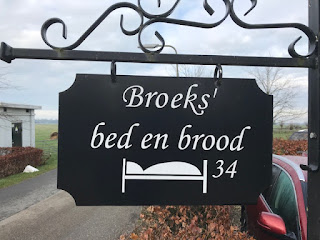 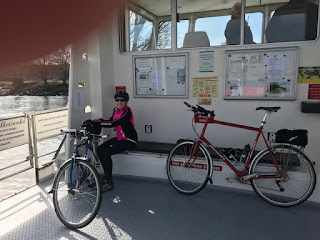 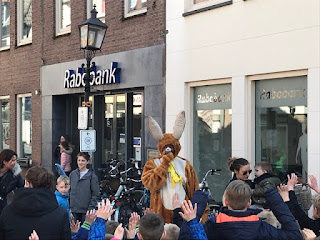 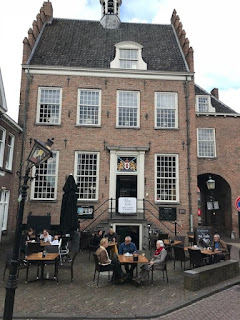 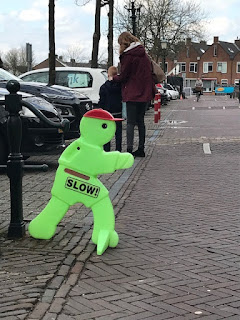 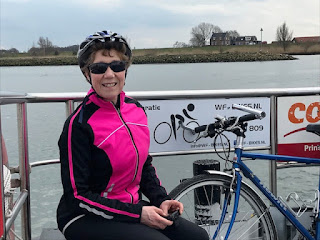 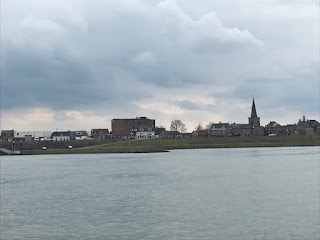 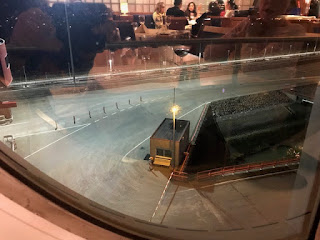