After an average breakfast . We drove the short distance to Emmelschausen. The parking place we had found yesterday was full so instead we parked in a car park by the park and start of the bike track along the old railway line. We retraced yesterday evening route for around 5 miles before turning off towards Oberwesel. The first few miles were on minor roads but the route then became a gravel track. 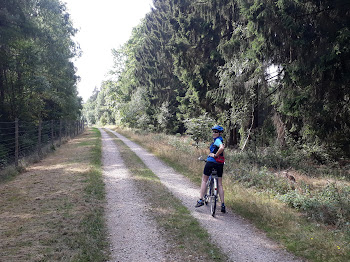 It was a long decent down to the Rhine. We had our first site of the river as we emerged from the trees. 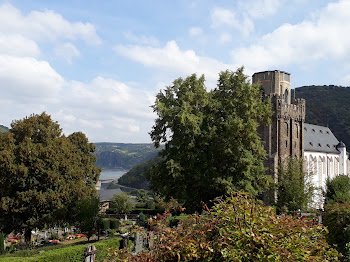 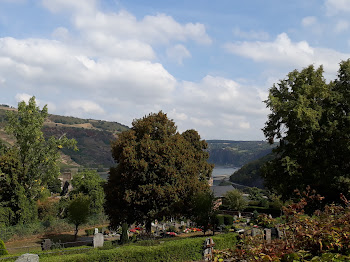 The track finally became paved and we continued the descent to Oberwesel,. A section of the bike path was closed so we continued along the road We stopped for a coffee and snack before heading along side the Rhine towards Boppard as distance of about 12 miles. The bike paths is traffic free but runs pn the pavement along side the road. It offers good views across the Rhine. 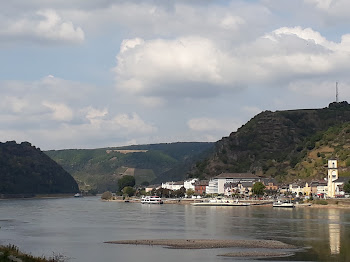 We stopped in Boppard for another snack and coffee. We then continued for a short distance out of the town before before going back to Boppard and starting the ascent out of the valley towards Emmelschausen. The signed posted path turned off the road onto a gravel track but we ignored the sign and continued on the road. On finally reaching the top we took a bike path thst followed the motorway back towards Emmelschausen. A round trip of 45 miles with 768m of ascent

We eat in the hotel and had a pork s