A ride from Wolfegg

The forecast for the day was heavy showers so rather than having a ride near lake Constance we decided to ride from Wolfegg. The Danau lake Constance cycle route runs thought the town so followed north to Bad Waldsee. 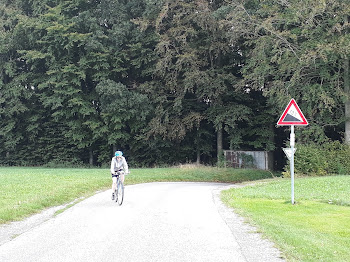 The route followed minor roads out of the town and included unpaved sections of track. It was well signed posted but I had downloaded the GPX file go the Garmin.We arrived Bad Waldsee at lunchtime and shared a pizza sliced and had a coffee from the local bakers. The forecast rain did not materialise so we continued on the Danau cycle route for a further 6 miles to the tiny hamlet of Amplebronn. 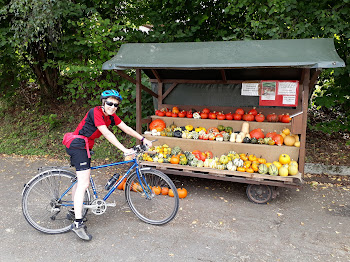 As we arrived back in Bad Waldsee the sky's darkened and the first spots of rain started to fall. 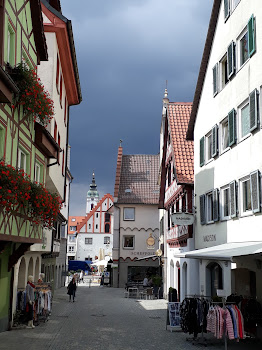 After a coffee and cake the rain stopped and we continued on our way back. Lyn had spotted a small wine shop in Bergatreute a village about 8 km from Wolfegg on our way past in the morning so we stopped to investigate as we went past. 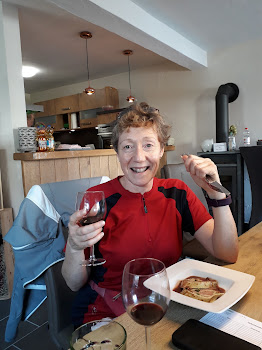 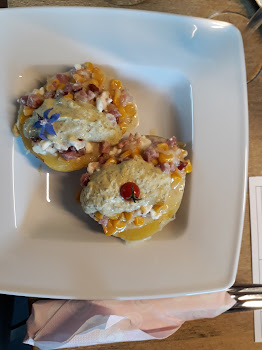 We were unsure if it was a wine merchant or bar. It turned out to be a small wine merchant who normally only opened for a few hours at the weekend but was having a wine festival for his clients. We were invited inside and were soon sampling wine and eating some delicious food. We started with some German reds then moved on to Italian snd Portuguese reds followed by German whites. Wines were selected to pick up later and we slowly cycled back to Wolfegg.
We collected the wine by car a couple or hours later. We had a light supper in the appartment when we returned with the wine. A round trip of 36 miles by bike with the temperature caring between 16 and 22 degrees c