Day 16 - A bike ride , passenger locator form and a meal out.

The first job of the morning was to get a hard copy of our negative Covid certificate from the chemist. We had been emailed a digital copy but thought a hard copy could be useful. In the end it was not required. Before setting off we had tried updating our passenger locator forms but could not as it could only be done 48 hours prior to arriving in the UK. We would have to wait until the afternoon.

Robert and Lyn then set off on a bike ride whilst Louise caught up with a couple of episodes of ‘The Queen’ on Netflix.

The bike ride was rolling country side and the 27 mile route had around 1900 feet of ascent. We followed route 42C, a rough copy of which had been downloaded onto Roberts Garmin. After a couple of rides up and down the main street, we located the correct route out of the village. The rest of the route was well sign posted. We did not have time to stop for lunch at the popular restaurant in Esse, but it looks like somewhere for a future trip. The roads were wet in places but we were over halfway round before it started to rain. When it got heavier we shelter under a tree for 15 minutes before the rain abated and the blue sky returned. We were planning to stop for lunch but instead made do with the snacks we carried. We returned to the house just before 4:00pm. A quick visit to the ruined castle in the village followed. We parked at the bottom of the hill close to the no entry sign and walked or cycled up to the castle. Lyn needed a helping push on the very step sections, on the Brompton. There were good views of the surrounding countryside.

Returning from the castle it was time to complete our passenger locator form on the government website.  The internet access was excellent, but a poor phone signal meant we couldn’t get the verification code before the time to enter it had expired. We carried phones to the third floor of the house and after several attempts the verification codes were received, passenger locator forms completed and the forms uploaded to the Eurotunnel website.

For our evening meal we drove the short distance to Availles Limouzine and the Logis Hotel Châtellenie. We had booked a table when we could not get in the previous evening. An excellent 3 courses followed. (6 if you count the ‘amuse bouche’, pre-starter black pudding and sweets with the drinks that followed the meal).  Lyn and Robert had visited this restaurant two years ago on a recommendation from his uncle. 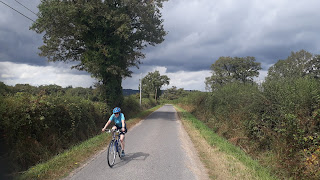 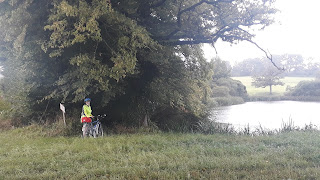 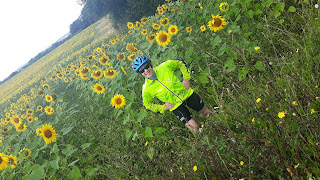 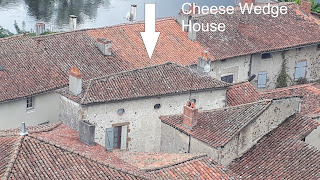 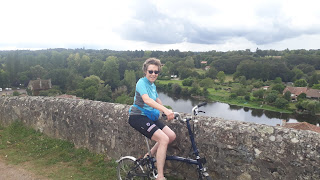 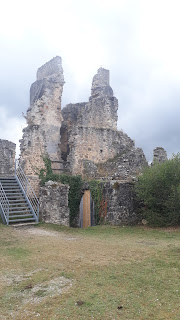 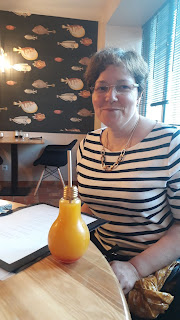 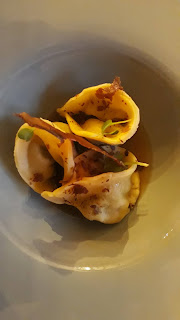 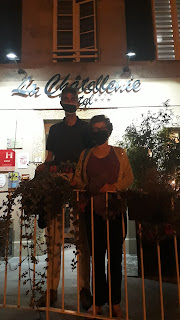