Monday is market day in Chalais. After breakfast we set off for the 6km drive from the house to the town. The main street was closed for the market but we found a space by the supermarket car park and walked / cycled round the market. Despite being outdoors everyone was wearing masks. We purchased vegetables for tea, beef skewers and some fresh salmon steaks, a fresh goats cheese as well as some presents to take back. Robert then when into the supermarket to stock up with other essentials. It had only reopened last week after a recent flood. Bread was purchased from the boulangère Yvonne recommended opposite Lidl. When we arrived, there was no one in the shop but by the time we left, customers were queuing outside, Robert even had a customer comment on his parking as he had taken up two spaces!

We returned to the house for lunch after which Robert and Lyn set off to cycle a section of the velo vert that runs from Clérac to Angouleme. It was a 40 minute drive to the start. It took a couple of attempts to locate the parking and the official start. The ride followed the route of a disused railway line. The majority of the route was shaded by trees with only a couple of short sections running on minor roads. Information boards told us about the flora, geology of the area and history on route.

We turned round after 13 miles at Baignes Sainte Ragdegondge, making a total ride of 26 miles. We were back at the house just after 6:00 in time for a tea, a shower and dip in the pool.

Our evening meal of Salmon cooked in foil was eaten at the table outside. As it got dark the ‘7 Up’ lights were put to use (bottle of 7 Up stood over the torch on a phone © C Fielding – Canal du Midi 2021) . It was a clear sky so we sat in the garden looking at the stars. 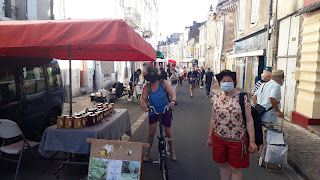 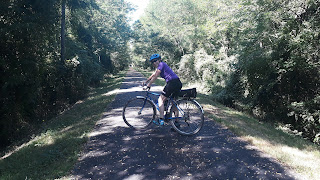 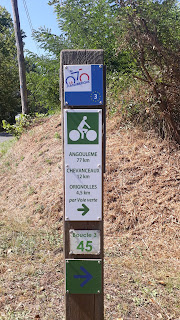 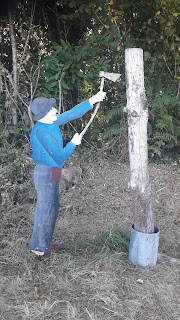 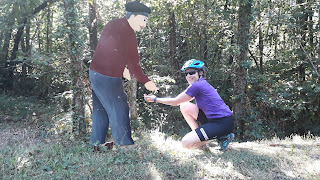 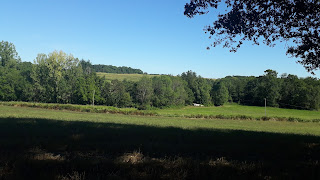 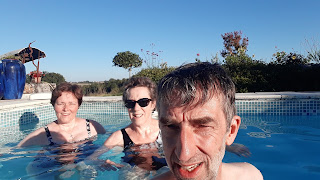