France Day 14- A short bike ride , a swim in the pool and a meal out

We needed to get some fresh bread so drove to the boulangère in Chalais before breakfast. It was then onto the Intermarche. We arrived before it opened but by the time the car was refilled, we only had to wait 5 minutes before the shutters were raised and we were let inside. Lyn stayed in the car whilst Robert and Louise divided the list.

The forecast for the day was thundery showers starting around midday. Various options for rides were considered and eventually a modified ‘route 3’ was selected. Robert had mapped the route previously and adapted the 48 mile route to a more sensible 22 miles. We drove to the start in Yviers and parked opposite the church we had visited on the previous day’s ride. The dead pigeon had been moved from the door way to the side of the church. The route was mapped out on the Garmin and once we had sorted out the correct direction to set off in, we followed the signs for route 3. Thunder was heard as we came though the village of Chez Thomas but we got to around 10 miles from the end before the rain started. The rain only lasted for 10 minutes. We stopped and put on cagoules but could have managed without. The temperature was a warm 22 degrees. The last 3 miles was a downhill run back to Yviers. The weather was overcast and the views not as pretty as the previous day. The countryside was rolling again. The 22 mile ride had over 1200 feet of ascent.

We returned to the house for a late lunch. The blog was updated and we had time for swim and shower before a Skype call with Lyn’s mother. The weather in Sheringham being hotter than where we are in France today.

We decided to eat out and drove the 12km to Aubeterre sur Dronne and had a meal in the Hostellerie du Périgord. We had aperitifs on the patio and the weather improved, so rather than going inside for the meal, we sat outside.  An excellent 3 courses followed. The seared tuna starter was very good, as were the main courses and desserts. Louise drove back and Kate selected a different route to get to the house including a couple of single-track roads. 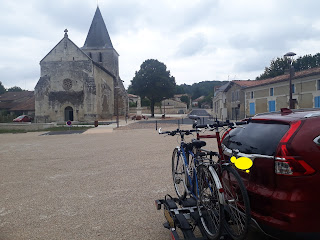 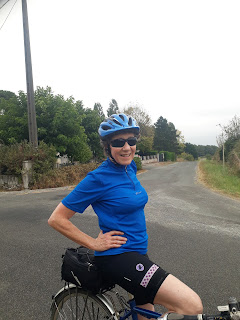 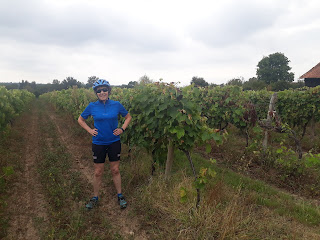 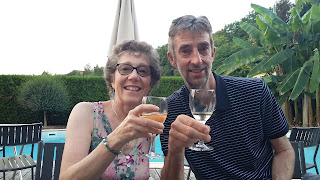 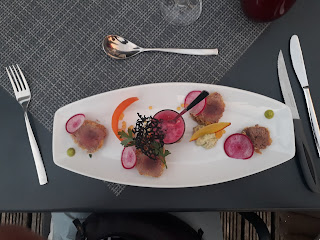 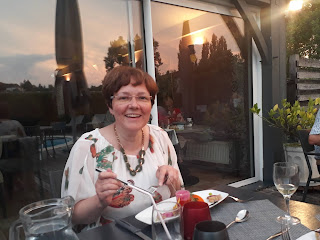 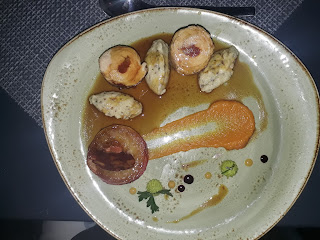 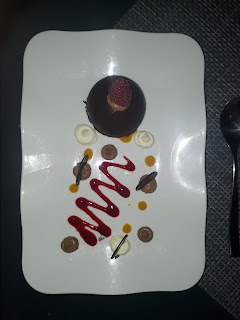