A few spots of rain fell during breakfast but although the sky looked threatening to rain, it had stopped by the time we set off. The first stop of the day was the busy port of Capestang. We were fortunate a boat was leaving as we passed the tourist office. Chris turned round after the bridge and we were in the space. It was reserved by blue cones we had not seen as we went past. Gerry, Chris and Roger set off to find a supermarket. Lyn, Louise and Robert staying on the boat in case we had to move it. Robert replaced the wheel on the bike that had the puncture and pumped up the tyres on the other bikes. When it was confirmed, we were OK to stop for half an hour, Lyn and Robert followed them into town by bike. The items Gerry, Chris and Roger could not get were located and purchased and they returned to the boat and went on the short distance to the view point.

We set off having to go out through the town past the moored boats in the direction we had arrived, before turning round at the turning circle and continuing towards Le Somail.

The canal contours round the hillside, turning back on itself at one point and you see Capestang from 2 sides. Large sections of the Plane trees had been cut down and replanted and we past some workers carrying out a tree survey along one of the banks. We moored for lunch near the bridge where Gerry and Chris had returned to the boat from their scouting trip to the pharmacy a few days before. The last of the bolognese was eaten for lunch with fresh bread and salad. At 1:30 Gerry, Chris and Roger set off on bikes to cycle the 2 miles for their Covid test in the nearby village. They had to wait 30 minutes for the lady that does the tests to arrive and eventually the test was taken, a Covid free result obtained and they were given a paper copy of the certificate they require to return to the UK.

Whilst they were away Robert checked the canal for his missing Brompton tool kit and having washed down the decks busied himself picking blackberries for breakfast.

When we were all on board we set off, stopping after about 30 minutes at a creperie stall that had been set up on the canal side. Crepes and ice creams were eaten and photos taken. The owner had been a professional photographer for 30 years and took some group shots of us. They had a small house and a boat on the canal. They had lived there for 6 years but had only started selling crepes 3 months ago. We will leave them a Google review.

It was whilst eating her crepe Gerry received the email copy of her Covid certificate to find it had been made out in her maiden name. A call to the chemist and the problem was resolved and a fresh copy with the correct name was sent.

Lyn took over the driving, passing a boat that was being towed on one stretch, but keeping to the 8 km per hour speed limit. We moored at Le Somail, this time on the opposite bank and we were able to tie up to wooden mooring posts. We ate at Le Comptoir Nature 30 yards from the boat. We sat outside by the canal and after the meal watched the ducks and the coypu swimming past and then coming out of the water for their daily meal of bread from the restaurant! 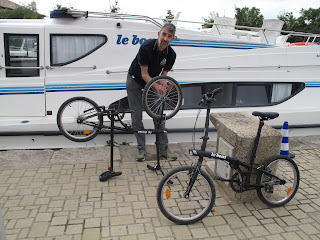 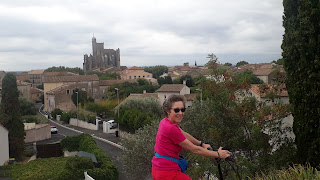 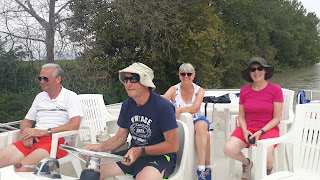 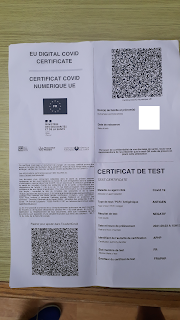 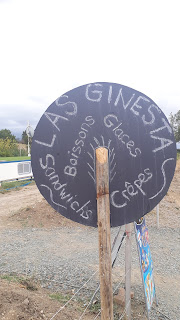 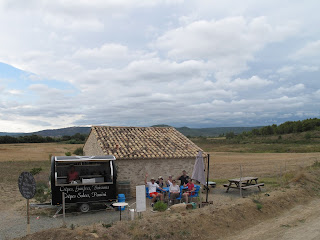