France day 18- le shuttle and a picnic in England

As we descended the stairs for breakfast we could smell croissants being heated up in the kitchen. A good start to the day. There was one other couple staying at La Pommeraie but they were having a later breakfast so we had the dining room to ourselves. In addition to a selection of homemade jams there were four local cheeses to sample. The cereal selection did not include Weetabix so Louise’s box was retrieved from the car. By 9:30 we had enjoyed a good breakfast, paid for the previous night’s bottle of wine and were setting off towards Calais. Kate had been requested to take us to an Intermache at Arques but we passed a smaller ‘Carrefour Contact’ at Thérouanne on route so made our first stop of the day. It was small enough for Lyn to be able to walk round and we purchased some more wine and cake and biscuits to take home. We then continued to the ‘Intermarche’ at where they had a better selection of Louise’s fruit concentrate, a cheap supply of facemasks  and Robert was able to purchase a crêpe pan. We had plenty of time to get to the Eurotunnel terminal so we avoided the péage and took the main road to Calais instead. We had hoped to find a small café enroute and had given up until Kate directed us past ‘Merlin Eric’, 2906 Rue Principale, 62185 Fréthun, 5 minutes from the terminal. They had a couple of small tables outside and we had a cake and drink. We will definitely stop there again if travelling back by Eurotunnel.

We arrived at the terminal just over an hour before our departure time. The check-in and customs were efficient without the delay we had experienced going . We were even put down for the shuttle that was 20 minutes earlier than the one we booked, which to our surprise we made.

On arriving in England it was time for lunch. We diverted off the M20 and eventually found in a picnic table near a children’s play area in Sellindge, Ashford. The last Brexton stop of the holiday.

We had long delays getting though the Dartford tunnel. Diverting off the motorway saved us a few minutes but we still had to queue for the crossing. We had one further stop at Birchanger Green services near Stanstead where it was noticeable only a small percentage of people were wearing masks.

We arrived back, unpacked the car and visited the Indian for our evening meal. This time eating inside rather than getting a take away.  In total, a round trip of 2020 miles.

If we had not had ‘Le Boat’ pre-booked, we would not have travelled to France. Having got there we were glad we did. The Covid precautions were far better than in the UK, with most of the population wearing masks and socially distancing. Using Airbnb’s for most of the accommodation meant we were able to limit the number of people we came into contact with. For most of the places where we ate out, we were able to sit outside and the one restaurant where we sat inside, everyone was socially distanced.  Would we travel again to France if the situation was the same? Yes, even if it meant having another lateral flow test before returning to the UK! 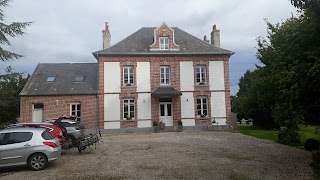 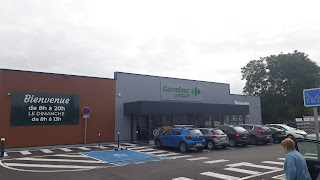 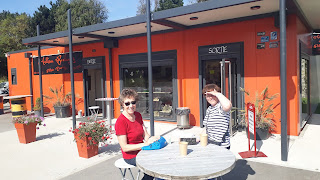 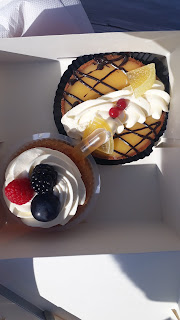 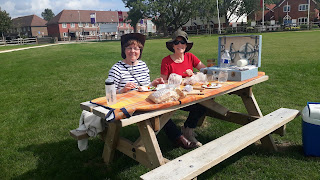