We had an early start. It was going to be a long drive and was scheduled to take between 6 and 7 hours depending on the route selected. We decided to pay the 35 euro cleaning fee for the property. We left the property tidy but paying the cleaning fee meant there was need no need to vacuum and clean the bathrooms before we left. The Brompton was on the back of the car before 7:00am and we set off just after 8:30am. Our initial route was across country. We stopped in L'Isle-Jourdain for bread. Lyn came back from the boulangerie with a loaf and a cake of Fromage Blanc with a carbonised topping (cake of the region – they also do black bread). We stopped again to try and get a quiche for lunch. We failed, but did get a couple of cakes for later and Louise bought ham and juice from a small supermarket. Our route took us on the péage round Tours, past Le Mans and onto Rouen.  Robert drove until just after lunch and Lyn took over before Rouen. We followed Kates directions in Rouen and she directed us round he inner ring road.  In future we would be better following the signs for Calais. At Abbeville we turned off the dual carriageway and headed across country. Louise took over the diving for an hour and Robert drove the final stint to Westrehem.  We made good progress until we arrived at the village to find the road closed because of a car Rally.  We were only 1.5 km from our accommodation, but could not get there. We tried following a local up a minor track and got stuck in a long queue when approaching the village. When we finally got a good mobile phone signal we messaged the accommodation and fortunately Beatrice  replied straight away. Her husband was on the way to meet us. However we were on the minor track and did not know where we were. After a bit of reversing we turned around and went back to the road blockage sign. A French car was waiting. We followed it unsure if it was her husband, but it went in the right direction and turned into our night’s accommodation.

La Pommerie was an excellent choice and a brick built chateaux from the 19 century. The next problem was finding somewhere to eat. All the local restaurants were either closed or in a location where you could not get to them until the roads reopened.  Eventually a solution was found. We ordered takeaway burgers from a bar in the next village and the owner’s husband drove Robert to collect them in his car. The main road was closed and you had to navigate the minor tracks to get there. We bought a bottle of wine from Beatrice and then retired to watch Emma Raducanu in the French open final on Amazon prime on the laptop. A VPN was purchased but may not have been required. At the start there was a lot of issues with bandwidth and the pictures kept buffering but this eventually resolved itself (possibly when Louise stopped trying to watch below Deck Mediterranean on her laptop!). We enjoyed the match but the final game took around 10 minutes to complete as the buffering returned. After watching Emma lift the trophy we retired to bed. 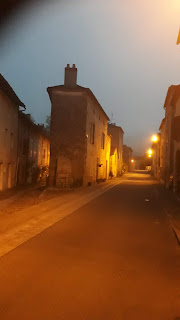 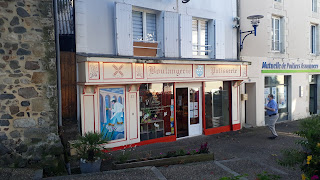 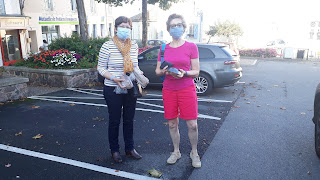 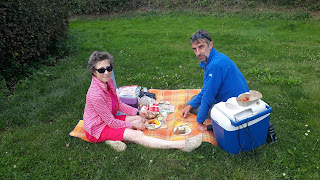 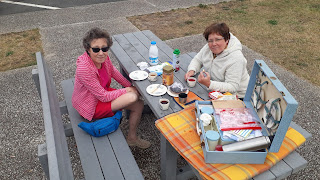 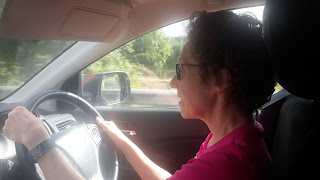 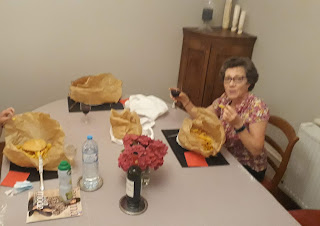