We collected a number of bike ride routes from the tourist information stall at the market in Chalais on Monday. Route 2 ran within a few miles of the house so we decided to follow it. The route was not available as a GPX download so Robert used Mapmyride to copy the route then upload it to his Garmin. Once we were on the route it was well signposted and the Garmin directions not required for most of the trip. The countryside was rolling ascents with none of the ascents being exceptionally steep. Lyn and Robert set off just at 9:30 taking advantage of the cool morning air and by the time they returned the temperature had risen to over 30 degrees. The route took in lots of small villages and had good views of the surrounding countryside. The only place where the Garmin was required was where the signs took us to the official start as we had missed the second sign off the roundabout. The ascent out of Chalais was the longest climb of the day and was hot in the sun. Having reached the plateaux, we deviated away from route 2 to get back to the house. The ride was just under 29 miles with around 1900 feet of ascent.

After lunch we drove the 12 km to the pretty village of to Aubeterre. The parking was at the top of the village but Lyn and Louise were dropped off outside the Subterranean church at Place de l’eglise Saint-Jean and Robert then cycled down the hill with the Brompton. 6 euros per person gained us entry and a sanitised audio guide. The Brompton was folded up and left by the ticket office.

The church had been carved out from the solid limestone in the 12th century on the instructions of a knight returning from the crusades. The 80 steps to the gallery gave us a good view of the church below.

After a visit to the Crypt that was only discovered when a truck demolished a wall when trying to turn round in 1961, it was time for an ice-cream. We then wandered up to the main square. We sat down at a outside table intending to buy a drink but the service was so slow we decided to skip the drink and return to the house for a swim. The evening meal was the beef brochettes we had purchased from the market on Monday. We sat outside again. The cloud cover restricted our star gazing so we went inside and tested the Skype connection with a quick call to Jim and Peg. 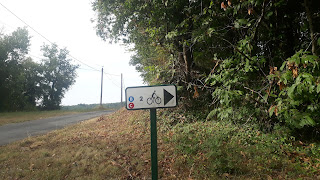 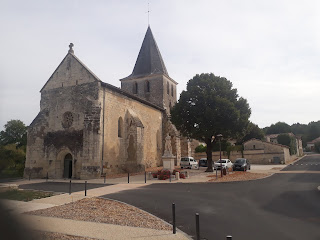 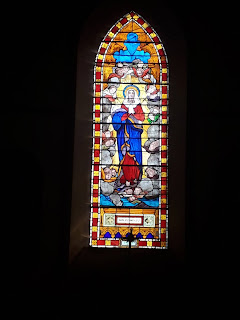 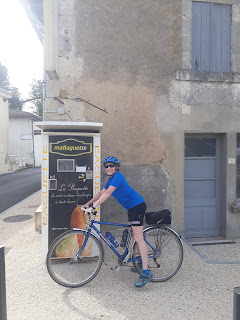 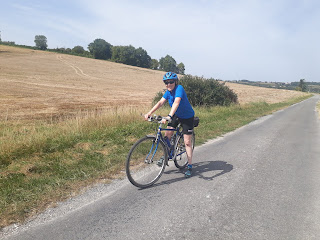 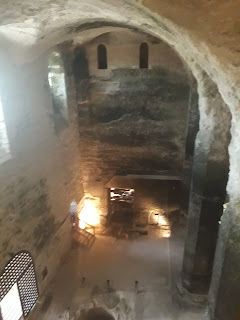 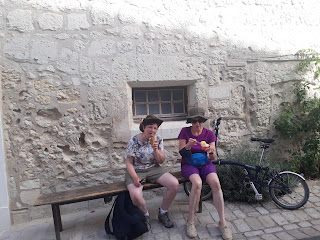 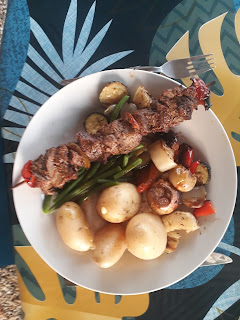