Day 10-Last day on the Boat

We set off from Le Somail just after 9:00 having investigated the grocery and souvenir boat. Louise bought a souvenir towel set but we decided not to purchase any souvenirs. We decided to get bread from a boulangère on route.

We had plenty of time so stopped to explore the villages of Ventenaz en Minervois, Paraza and Argens-Minervois en route . We had 5 sets of locks to negotiate to get back to Homps. It was a change after over 100km of lock free cruising.

The first lock was at Argens-Minervois. We arrived at around 12:20. The lock keeper was on his lunch break so we were first in the queue and sat and had our lunch on deck. When the lock opened again at 1:00pm we were ready to go in and were joined by one other boat. Having got through the lock we moored up and walked round the village.

The majority of the locks were set in our favour and the only lock we had to wait at was the last but one before Homps.  We had to wait for around 45 minutes whilst we watched those people with newly hired boats negotiate the double lock flight. 3 boats were sharing the lock and they had trouble securing the front rear rope with one boat sideways at one point. Eventually all 3 were secured and the boats descended the double lock and we could go in. We arrived in Homps shortly before 5:00. Chris did an excellent job reversing the boat into the only free space we could find. It was a good one with a view across the port. We tied up and connected to the port electricity.

Gerry, Chris and Roger went off to get some water and more importantly beer and when they returned Robert and Lyn went off in search of wine to take home. They had purchased some on the Tuesday from a local cooperative and intended to get some more, unfortunately they were closed due to “exceptional circumstances” so they had to buy a couple of bottles from a cave opposite the port instead.

For our last meal out we ate at La Péniche an Italian style restaurant opposite the port. Robert and Lyn ignored Roger and Chris’s advice to order a Pizza and tried the duck Cassoulet instead. The pizzas that arrived were excellent but unfortunately the Cassoulet was disappointing. Roberts had a burnt top. The rest was eaten but not was not the best dish of the holiday . Sometimes you pick the wrong dish. We all returned to the boat to finish the bottle of Muscadet we bought from the vine yard.  Most of the other boaters had retired for the night so rather than sitting outside we sat round the table Inside. The end of a good weeks cruising on the canal. 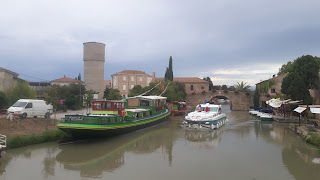 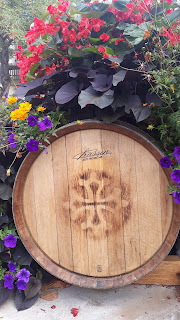 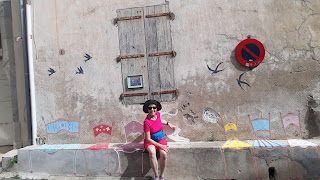 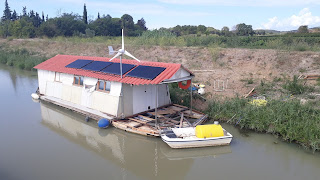 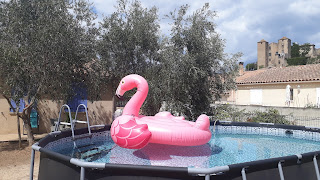 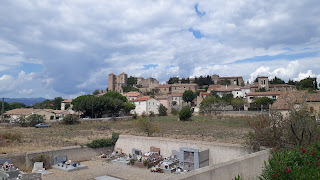 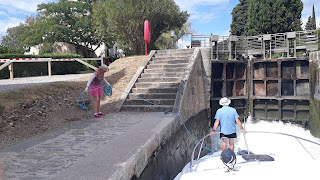 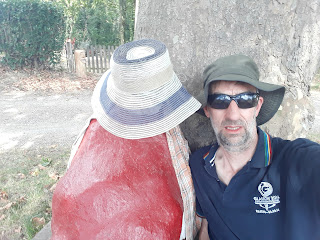 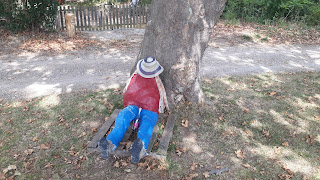 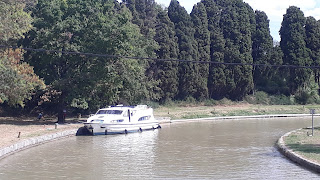 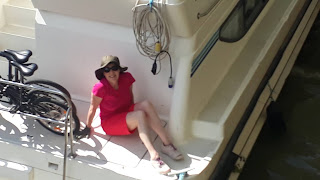 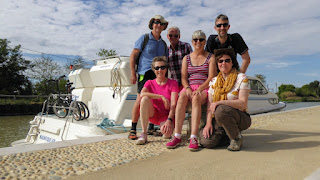