The Drive to McBride 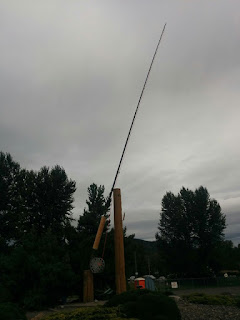 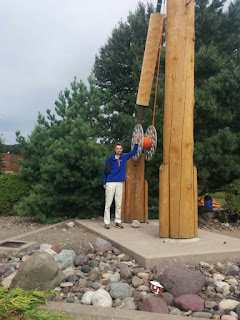 Today's breakfast was a cheese omelette and toast. Michaela our host  stayed in the kitchen today making waffles for the other guests . Day one must be waffles and date 2 omelettes. Louise added a couple of Weetabix. As we left today we will not be able to extend the rota. Whilst we ate
Michaela explained the dangers of walking or cycling alone in the area.  The 16 from Prince Rupert is known as the Highway of tears because of the number of young people that have gone missing when hitchhiking or cycling along it. Missing persons posters offering rewards for information are posted at a lot of the rest stops.It's illegal to hitchhike or stop to pick up a hitchhiker however that does not stop people from doing it. Michaela thought the danger from bears and coyote's was as great as being abducted and told us the frightening tale of a nurse who had been attacked by a bear when she was out running and how she herself had been knocked down and attacked by a moose.

We set off on the drive to McBride just before 9:00. Google maps had the journey as just over 6 hours, Kate said 7:20 and Michaela estimated over 8 hours. It was going to be a long drive. The first stop was the bakery in Telkwa we had visited yesterday to get a roll and cakes for the journey. Not a lot happens in the next town we passed through of Houston.However it does have the largest fly fishing rod in the world, 18 metres tall and weighing over 200lbs its not the most practical fishing rod but does cause a steady stream of tourists to stop before moving on. The scenery was rolling hills ,lots of trees, lakes and strips of agricultural land being used to graze cattle. By lunchtime we had just passed Fraser Lake. The cafe at the community museum in Vanderhoof was closed for refurbishment but the museum shop provided a souvenir opportunity and a reasonably priced piece of pottery was purchased. We stopped for a drink at Tim Horton's on the way out of town. We were not tempted by the displays of over sweet donuts and muffins. Louise's steamed milk caused the trainee member of staff problems. We were told they could not do it so I suggested could she have a latte without the coffee. That was not possible but she could have a tea latte and select a tea to have at home later! The coffee turned out to be the worst we have had in Canada. The major town in the area is Prince George. We stopped at the 2 Rivers Art Gallery. We did not have time to go round but did look in the shop where a souvenir bowl was purchased. It was just over 2 hours from Prince George to McBride. The signs warned of the dangers of Moose but apart from one bird of prey and lots of rooks no significant wildlife was spotted. The Bell Mountain motel is set back from the main road and had provided us with 2 large rooms both with cooking facilities. We ate in the Giggling Grizzly on the outskirts of town. Lyn and Louise had steak and Robert Whiskey BBQ pork drummies with perogies. Perogies are a Ukrainian dumping made with potatoes, flour, sour cream and cheese. Something to try and make when I get back.