The forecast for Sunday was rain again so on Saturday evening we looked at some options of where to visit on Sunday. One of the Vlogs we follow Jits into the Sunset had visited the Czech Republic and tried out a beer spa. There were a couple of options in Plzen but a search on the internet revealed the original beer spa was in Chodová Planá only a 25-minute drive from our Pension. 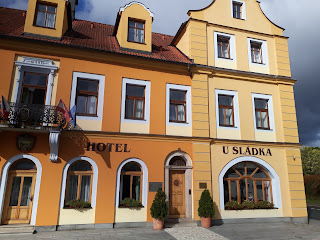 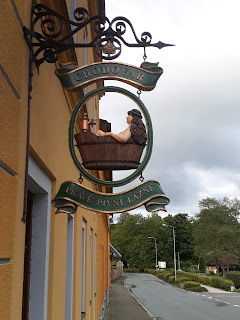 Despite the issues with their online booking form which initially directed us to a site to buy a voucher we eventually managed to email a request with a provision time of 11:00 am Sunday but asking about availability on the Monday as well. At 8:00 am the next morning our booking was confirmed for 11:00am. This was a pity as the weather was better than expected and we would have had time for a short ride before the rain before going to the spa.

We arrived at the spa early and went to the hotel reception, paid and waited in the lounge. After10 minutes we told to go downstairs and ring the bell by the large wooden door. A lady eventually appeared open the door spoke us in Czech and then  closed the door with us still outside. We were too early. When we were let inside we had to remove our shoes. We had looked online before we went, and the photos showed models wearing costumes, so we had taken ours. These were not required and we were given a sheet to wrap ourselves in and shown to the changing room. Having changed we were then escorted to a large bath filled with warm bath beer.

We should have taken a camera with us. 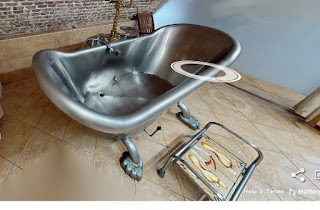 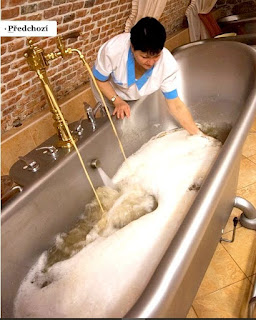 “The real beer bath is prepared in a rehabilitation tub from water and mineral water IL SANO® and have a temperature of 34 °C. The special ingredients consist of dark Bath Beer, which is produced in a traditional way based on the original copyright method and made by the main brewer of the family brewery Chodovar, active beer yeast, hop draff and a mixture of dehydrated crushed herbs. The bath level is covered by the distinct beer foam of a caramel colour and the area is scented by the fragrance of freshly brewed dark beer.”

We had a 20-minute soak with a glass of fresh beer provided to drink. The bath was then drained, and we were shown to the relaxation area. We laid down and were cocooned in a blanket and left in a darkened room for another 20 minutes with another glass of beer. Robert’s feet stuck out the end of the bed so they were separately wrapped. After 20 minutes relaxing it was time to change back into our cloths. We were instructed to get maximum benefit we were not to shower for 4 hours. 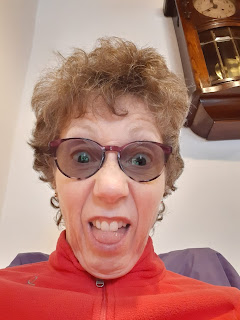 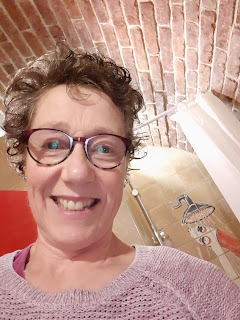 The regenerative effects of the spa can be seen in the before and after photos above.

We asked at the reception where we could go for lunch and were given a couple of options. We opted for restaurant Chodvar a short walk from the car. 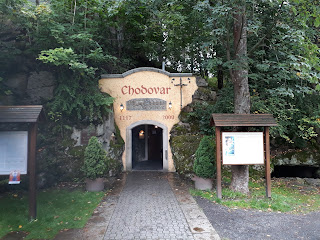 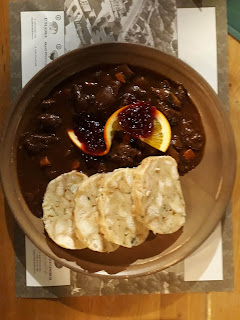 The restaurant was set inside a cave. An internet signal could not be obtained so Google Translate could not translate the menu for us. We worked our may though the German and picked beef ragu stew with sliced dumping. Very tasty if a little expensive by Czech standards.

After lunch and a short walk round the town we drove to Plana and visited the coffee shop we found the day before where we had a coffee and shared a slice cake. 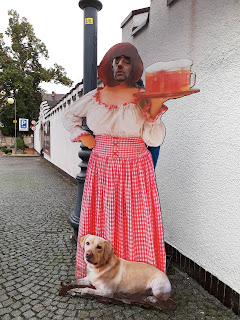 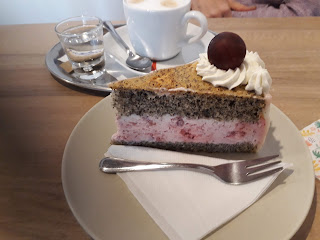 Robert then decided to walk up the tower we had tried to get to yesterday. This time parking a short distance away and walking up the hill. 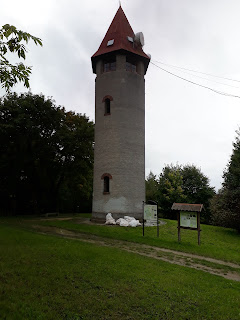 The second tower of the day was in Tachov. A modern steel and wire construction. We had to park around 2km and Lyn stayed in the car whilst Robert walked up the hill in the rain to find the tower.

We he eventually found it after initially walking past it there were good views of the surrounding countryside from the top. 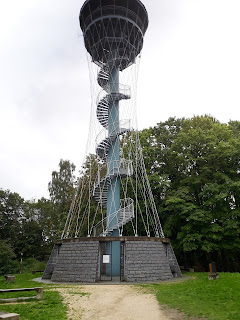 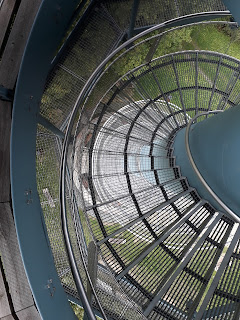 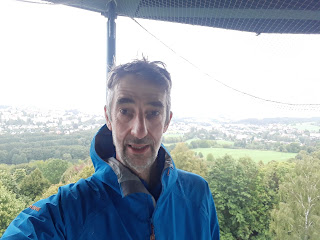 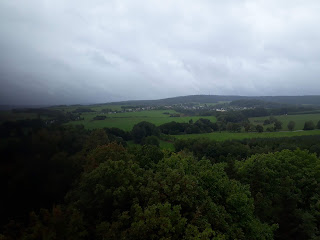 We returned to the Pension in heavy rain. There were only two tables eating tonight.  We passed on a coffee but decided to try some Stock Fernet, so bought a small bottle from the honesty bar. 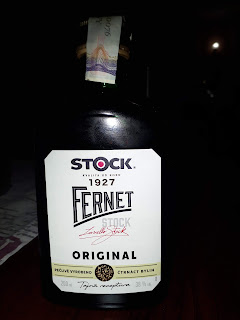 A dark Czech liquor made with a blend of 14 secret herbs, an acquired taste. The bottle will not be finished and taken back to England with us so some lucky readers may get the opportunity to sample it. We returned to the room to update the diary and blog and have Skype call with Roberts parents.
Posted by BrextonT at 19:58