The weather forecast of the day was much improved. A shorter ride and some sightseeing planned, visiting picturesque small town of Loket and the Spa town of Karlov Vary. We left the car at the apartment and followed a bike path to Loket. The word Loket  meaning “elbow” in Czech. The town owes this name to the fact that it is surrounded from three sides by the Ohře river and the shape of the river resembles an elbow. The town is dominated by the 12-century castle. 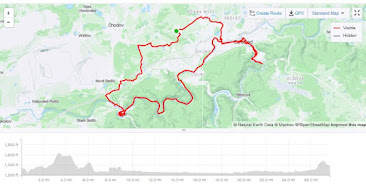 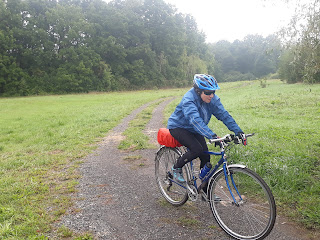 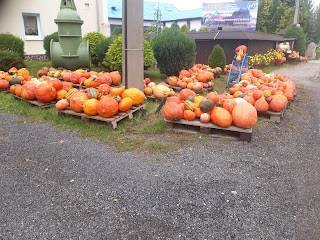 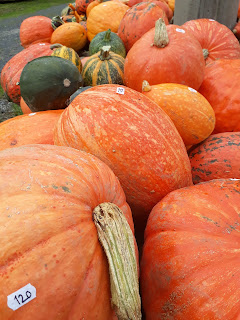 The route took us on bike paths and minor tracks and included on long step ascent. 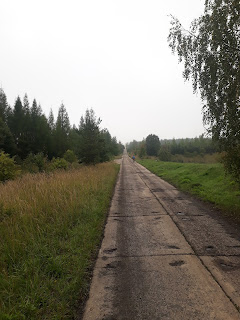 We approached the town from the river had had to climb up the step cobbled streets to get to the main square. After some sightseeing and photos and Italian was finally selected for an early lunch of soup and half a pizza. 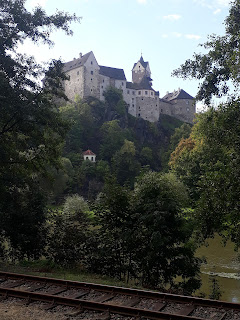 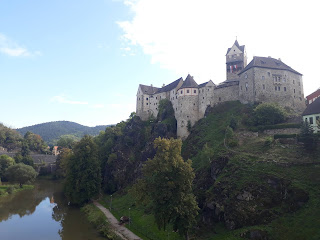 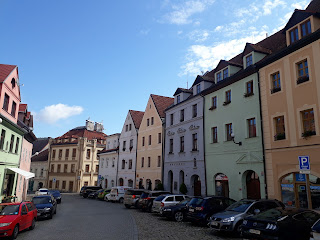 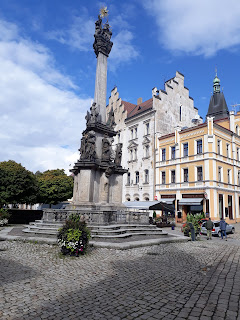 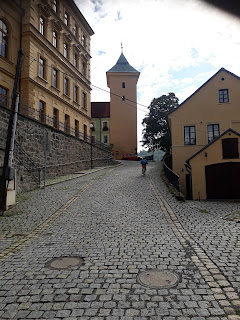 After lunch we cycled along the bike path following the river to Karlov Vary. This time we were following the path of the river downstream and the path stayed close to the riverbank. On reaching Karlov Vary we cycled to towards the centre and followed the directions towards the tourist information Some of the roads had been pedestrianised and cycling was not allowed so Lyn scooted her bike whilst Robert walked. The tourist information was located, and map obtained of the centre obtained. We last visited the spa over 20 years ago and could remember very little of it. 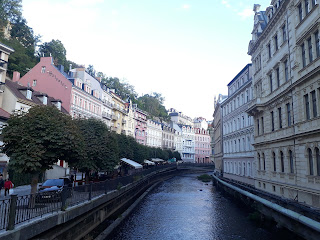 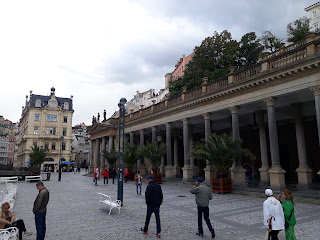 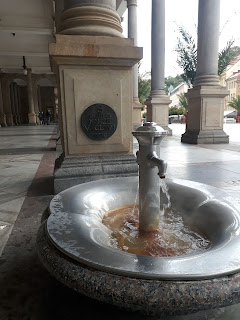 The town is famous for its spa and mineral springs. There are 13 main springs which range in temperature from 30 to 72 degrees centigrade. To sample the water special cups can be purchased where the water is cooled by drinking it thought the handle. We managed with a plastic cup from the Brexton set, although Lyn would have like to have bought a cup, and sampled most of the springs.

Hot Spring Colonnade 72 degrees C
It was starting to get cooler so we went into a cafe for a coffee and shared 3 small mararoons. 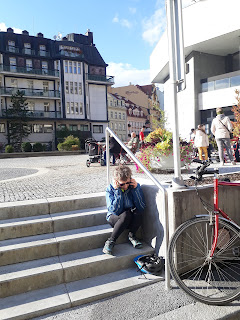 Lyn phoned her mum from a quiet spot before we started back to the apartment. We stopped at Lidl again on our way out of town to buy Salmon and gnocchi for tea.
We were back in time for Lyn to log into her French class whilst Robert cooked tea and wrote the postcards.
A round trip of 27 miles