With a good weather forecast for the next we decided on a bike ride today and to visit the Floriade on Monday. Rather than drive we decide to start from the apartment. The information in the apartment included several suggested Fietsroutes. A cycle network that is made up of cycling nodes. To follow a route you only need to know the number of the node you are cycling towards and when you reach that point the number of the next node. 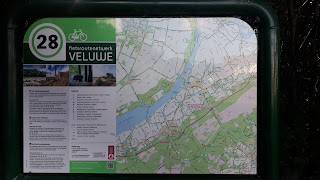 The route we started following was 52 km and a mixture of minor road and dedicated paved cycle tracks with a lot of and lot of the tracks taking us away from the road and though the forest or open countryside. 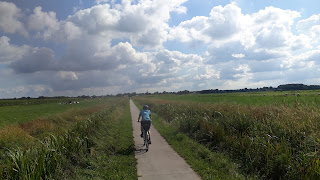 Around an hour into the ride just after point 27 we stopped at a “self service “ café. You selected what you wanted and then put your money in an honesty box. We had a coffee each and shared a small piece of cake. 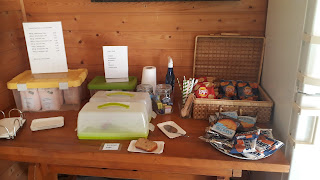 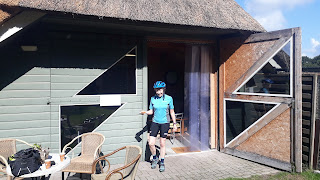 Robert took the opportunity to look at the map and decided to extend the route to the pretty town of Elburg. The Garmin was programmed to take us to Doornspijk . We had to retrace our steps for a short distance before taking a minor road to  Doornspijk. We then we followed a Fietsroute to the town . The centre had lots of restaurants but was too busy to stop. Maybe on another trip. 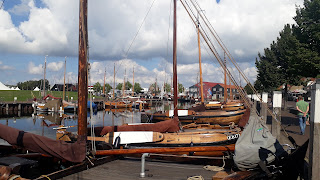 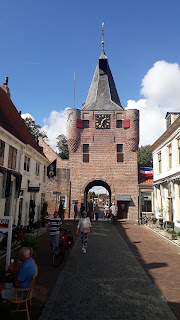 It did have some good shops . 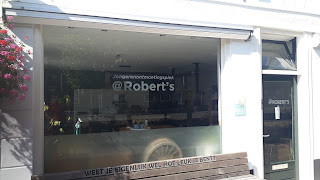 We diverted off the route to go down to the port and then   continued in a loop eventually joined our original route at point 30.  We missed one turn but that was soon corrected

We got back to then apartment just after 5:00 in time for Lyn to ring her Mum and get an update on the cat. 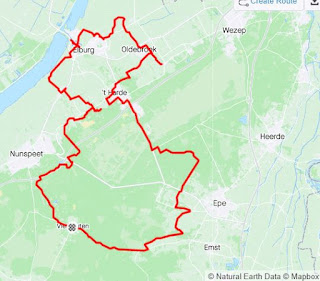