We awoke to rain. It was forecast but to unfortunate as it was too heavy to enjoy a bike ride. The car was packed, bill paid and Google Translate used to inform our hosts of the small wet patch that had developed on our ceiling. 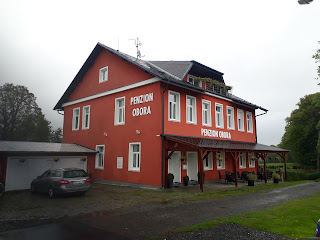 We decided to visit the city of Cheb, our route took us close to Mariánské Lázně a spa town we had visited 20 years ago but the heavy rain meant we decided to continue rather than stopping to explore the town. On arriving in the town finding somewhere to park was a problem. Most of the parking seemed to be limited to 1 or 1.5 hours and was full. After exhausting the options on Google Maps we eventually found a space. It turned out to be only a short walk from the town square. 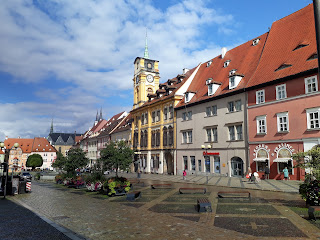 The Tourist information provided us with a map of the town and we also got and excellent free 1:75000 cycling map of the area. The rain cleared as we explored the centre but started again just before lunch which was taken in Botenik Bistro on the main square. The turned out to be an excellent choice and we ended up having 3 courses. Fish soup, a spaghetti with a black pepper sauce and small dumplings filled with soft cheese served with stewed prunes and cream. 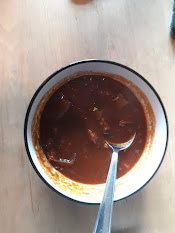 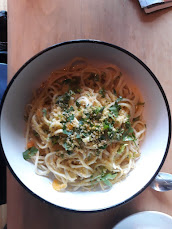 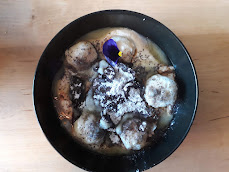 We would normally share a desert but were told the portion was small. It was not.

After lunch we walked to the castle which was closed on a Monday and then to the monastery gardens. We returned to the main square but did not make it back to the car before a heavy shower. 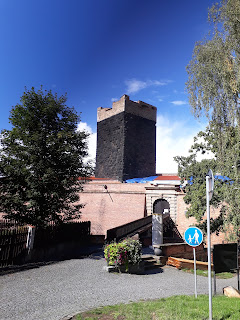 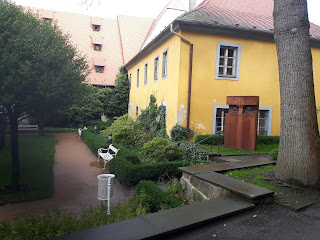 Google Maps directed us to Karlovy Vary and despite ticking the options to avoid Motorways and Toll road tried to take us the shortest route onto the motorway. As we had not purchased a permit for the Motorway and as we did not want to be fined, we made a quick U turn before joining the motorway and with the help of the cycling map we had been given navigated a route using more minor roads. We needed food for tea and stopped at the local Tesco’s. We arrived at Violets at 16:45. Our host Zdislava lives below and we have the top two floors.  She wanted us to park alongside her car but a telegraph pole in the middle of the drive and the length of my car even with the bike carrier taken off made it an almost impossible task. We gave up before any damage was done and parked in front of her car for the night. A tea of vegetable curry was prepared and we watched the footage of the Queens funeral on Czech TV. 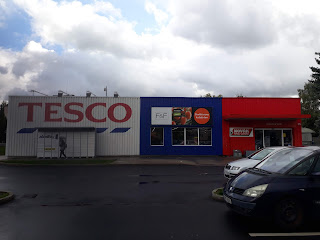