We awoke to rain but as the forecast was for it to clear up after 10:00 we decided to do the 38 mile ride I had planned the previous evening.

Breakfast was brought to our room on a tray at the time we had selected and left outside. We each had a pea omelette and shared a plate of sliced cheese and basket of toast.

The car was moved off the drive to a parking spot just round the corner and despite the dark clouds we set off. 1.2 miles later the rain started and we sheltered by a church under a tree before moving across the road to a block of garages that provided better shelter. 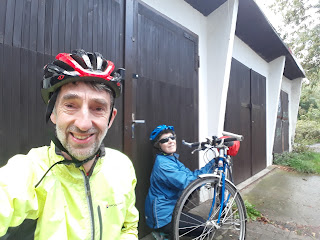 After around 30 minutes it was dry enough to continue. The Garmin had difficulty find the path but we eventually found the marked trail and followed it. We thought we were making good progress until we arrived in Karlov Vary and realised we had been cycling in the wrong direction! We retraced our steps but just before we got back to where we went wrong the rain started getting heavier and we had to seek shelter again by a different garage block.

When the rain stopped we located the correct path. The numbered bike trails were excellent. They were clearly signed (once located) and were on dedicated cycle tracks or minor roads. 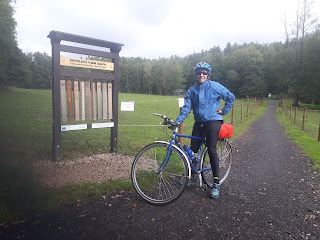 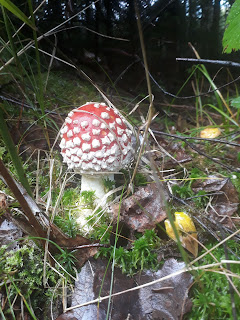 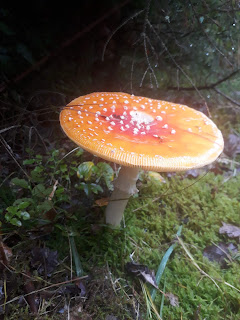 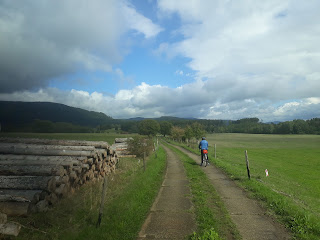 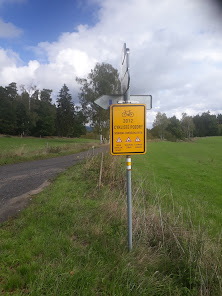 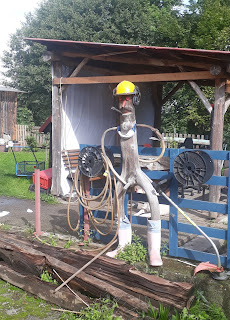 We had not taken any food for lunch. When we got to Hroznětín we had hoped to find a cafe but there was nothing suitable. The post office was open and I took the opportunity to purchase some stamps. I was the only customer and it took two members of staff and 15 minutes. It was raining when I came out and we had to seek shelter in a bus stop. The larger town of Ostrov provided more options for lunch. We could not find a café to get something savoury so had to settle for a cake for Koruna Pralines. The cakes looked good but were disappointing and not a patch on the ones we had had in Plana. Lyn made the wrong selection and should have had the one with fruit on the top. 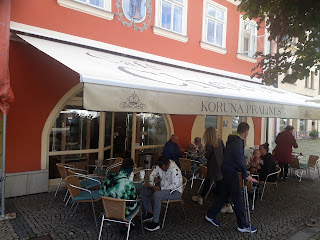 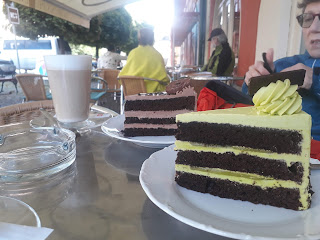 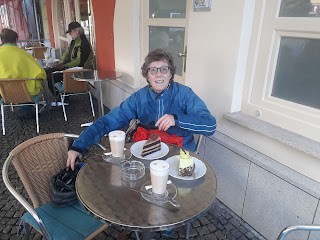 It was 15:30 when we left the café and we still had 22 miles to go. It was a 300 feet climb before we dropped down to the river which we would follow back to Karlov Vary. 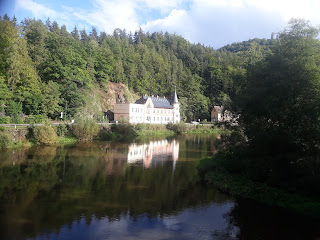 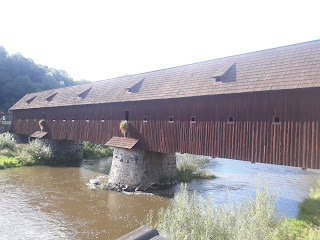 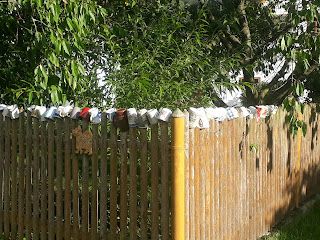 The cycle path initially followed the road but diverted off it before the point I had mapped and rather than follow the road in the valley climbed on a pleasant track though the woods adding another 300 feet of climbing.  It was then back down to the river were the undulations continued until we reached Karlov Vary. A Lidl we passed provided ingredient for a prawn stir fry. 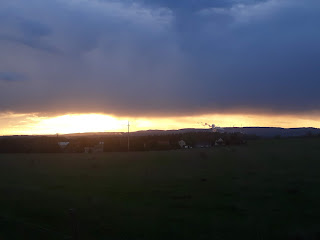